How A Senior Police Officer Murdered My Son - Senator Claims


A Nigerian senator has claimed that a senior police officer murdered his son in the Federal Capital Territory. 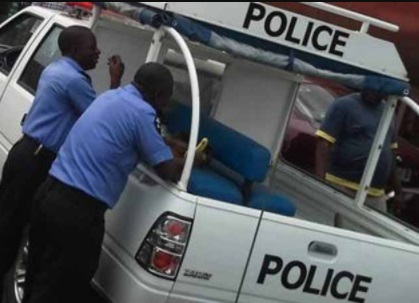 According to a report by Sun News, a former Senator, Fidelis Okoro, yesterday told the Abuja division of the Federal High Court how an Assistant Superintendent of Police (ASP), Mohammed Yusuf, allegedly murdered his son Chukwuemeka, 31, five years ago in Durumi area of the Federal Capital Territory, Abuja.

In his fundamental rights enforcement suit marked FHC/ABJ/CS/1165/2019, Okoro, who is pressing for N3billion compensation and damages for the unlawful murder, joined the Police Service Commission (PSC), the Inspector-General of Police, Nigerian Police Force and ASP Yusuf as defendants. The suit, which was filed by his counsel, J. K Mbanefo Ikwegbue, is urging the court for an order charging the suspects for murder.

Okoro, who represented Enugu North Senatorial District between 1999 and 2007, is also praying for an order of court directing the IGP and the police to immediately arraign Yusuf before a court of competent jurisdiction for offence of murder.

In his statement of claim, he avers that, “on August 11, 2014, the deceased, Mr. John Chukwuemeka Okoro, was in the company of his friend, Sunny Black, eating at a restaurant in Durumi area of Abuja. A police patrol team from Special Anti-Robbery Squad (SARS) office in Abuja, which came to Durumi in search of other alleged suspects, accosted the late John Okoro and his friend, Black.

“In the confusion that ensued, the police man shot John Okoro, who was having no arms first in the leg. Having maimed him instead of taking him alive for interrogation, irrespective of the fact that he was pleading his innocence, the policeman, Mohammed Yusuf, shot him in the chest as a result of which John died.

“First, he was taken to SARS office in Abuja, and in their continuous move to conceal the information about what had happened, took his lifeless body to Gwagwalada Teaching Hospital in Abuja. The police told the mortuary attendant that it was a case of hit and run.”

Okoro further noted that being aggrieved by the gruesome murder of his son, he petitioned the then Inspector-General of Police and the FCT Police Command over the extra judicial killing of his son.

“Although the then Assistant Commissioner of Police, ACP Usman A. Belel of the FCT Police Command issued a query in November 2014, to AP/No: 79224 ASP Mohammed Yusuf of SARS, who was the leader of the SARS team on the day of the incident, and who actually shot John Okoro, nothing came out of it as it is alleged that the police always protect their own.”

“Apart from ASP Mohammed Yusuf, two other suspects who were members of his SARS team on the day of the incident were also invited by the FCT Police Command for Orderly Room Trial.

He noted that after the Oderly Room Trial of both Agada Kenneth and Agada Lawrence, the police officer, who presided as the adjudicator ruled and recommended as follows:

“That the incident was a case of extra judicial killing and the two suspects were wrong to have killed John Okoro.

“That the two suspects be dismissed from the Nigeria Police Force with immediate effect for the extra judicial killing of John Okoro.

“That the two suspects should be charged and tried for murder.

“That the two suspects should be detained in police custody until they are charged to court for murder trial.”

The senator, however, noted that he was shocked when he received the news that the two suspects who were detained and waiting to be charged and arraigned for murder had escaped from police detention.

As at the time of filing this report, the two suspects are still at large since 2015 till date.

Okoro equally added that he had received an unconfirmed report that the two suspects who went through the Orderly Room Trial and their team lead, Mohammed Yusuf, are still with the police and receiving their salaries from 2015 till date.

However, when the matter came up yesterday, none of the defendants were in court, neither were they represented by any counsel.

Justice Inyang Ekwo adjourned hearing in the suit to January 14, 2020.