Olanipekun, who spoke on resolution of the council meeting in Ado-Ekiti, said the sacking would save about N200m for the university monthly. 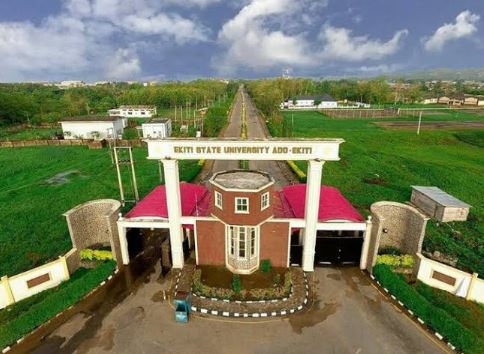 Ekiti State University, Ado-Ekiti, on Thursday said it has sacked over 600 members of staff over alleged irregular employment, overage and sundry other allegations.

The Vice-Chancellor, Prof. Edward Olanipekun, said the decision of the university council followed adoption on Thursday of the audit report carried out by a group of external auditors.

Olanipekun, who addressed journalists on resolution of the council meeting in Ado-Ekiti, said the sacking would save about N200m for the university monthly.

He said that the general staff audit “was sequel to the findings in the Report of the Visitation Panel as accepted by the Government White Paper to the university, which noted, among other things, that there were over-staffing, redundancy and personnel misalignment in virtually all the sections of the university and which astronomically increased the wage bill beyond its capacity to pay.”

Olanipekun, who did not give the exact number of affected workers, said, “228 members of staff could not produce or show evidence of Primary School Leaving Certificate.

“Some members of staff presented falsified birth and educational certificates.

“Some of the members of staff lacked the required basic educational qualification.

“Some members of staff were illegally retained in the university services after having been due to retire. “There are other cases of over aged staff.

“The decision to disengage the affected workers was after due consideration of the issues involved and in the overall best interest of the university to be properly positioned for local relevance and global competitiveness.”