Emery was sacked by Arsenal chiefs after a poor start to the season, with Freddie Ljungberg taking charge on an interim basis. 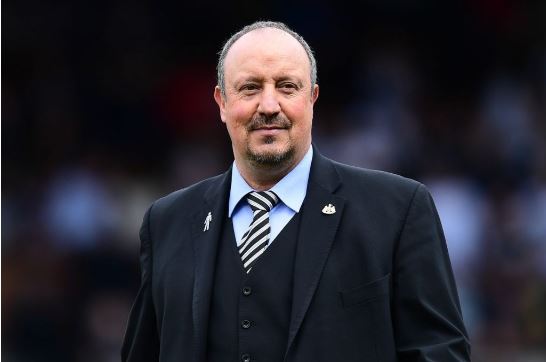 Rafa Benitez has rubbished speculation, linking him with a return to the Premier League with Arsenal.

The former Liverpool and Chelsea manager is currently working with Chinese Super League side, Dalian Yifang, but has been tipped to replace Unai Emery at the Emirates.

Emery was sacked by Arsenal chiefs after a poor start to the season, with Freddie Ljungberg taking charge on an interim basis.

Benitez has ruled himself out of contention, insisting he will see his contract through in China.

Asked directly by Sky Sports if he would replace Emery as Arsenal manager, he replied: “At the moment, it’s a no.

“In the future I would like to come back to the Premier League but at the moment I must be very clear: there is no chance that I will come back now because I’m really happy, really pleased, they trust me, we have a lot of staff working in a big, big project.

“People will say the league is different. Yes, it’s different. We want to leave a legacy, it’s a challenge for me. I’m quite happy at the moment.”