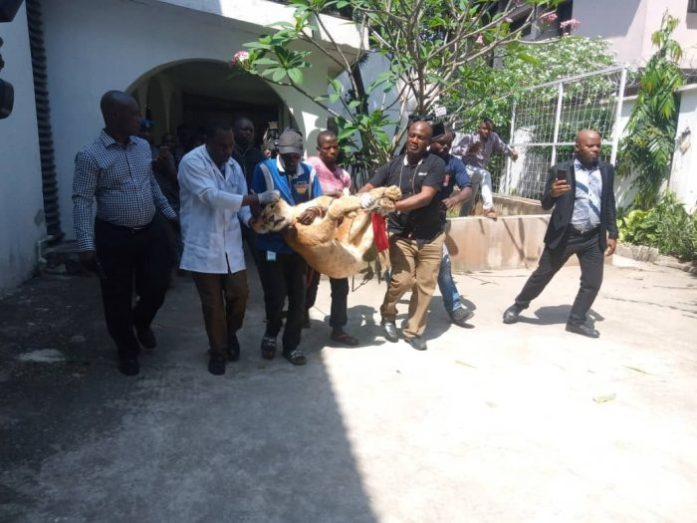 Lion rescued from Ikoyi home and taken to the zoo

The Lagos State Government is to enact a law criminalising the keeping of dangerous animals as pets by individuals.

This follows the capture and tranquilizing of a two-year-old lion kept in a residential property in Ikoyi, Lagos on Nov. 18.

The News Agency of Nigeria (NAN) reports that Mr Moyosore Onigbanjo (SAN) the Lagos State Attorney-General (AG) and Commissioner for Justice, made the disclosure at a media parley held at the Lagos State Ministry of Justice, Alausa, Ikeja, Lagos on Tuesday.

Onigbanjo said that a Dangerous Animals Bill, which will penalise offenders and protect members of the public from dangerous animals, was being drafted.

He said it would soon be submitted to the Lagos State House of Assembly to be passed into law.

“The bill is to take care of scenarios like what happened at Ikoyi where an individual kept a lion in his home.

“It will also cover situations where individuals keep dangerous pets and dogs which cause harm to members of the public,” he said.