Some unknown armed men have accosted and shot dead a final year student of the Kogi State University. 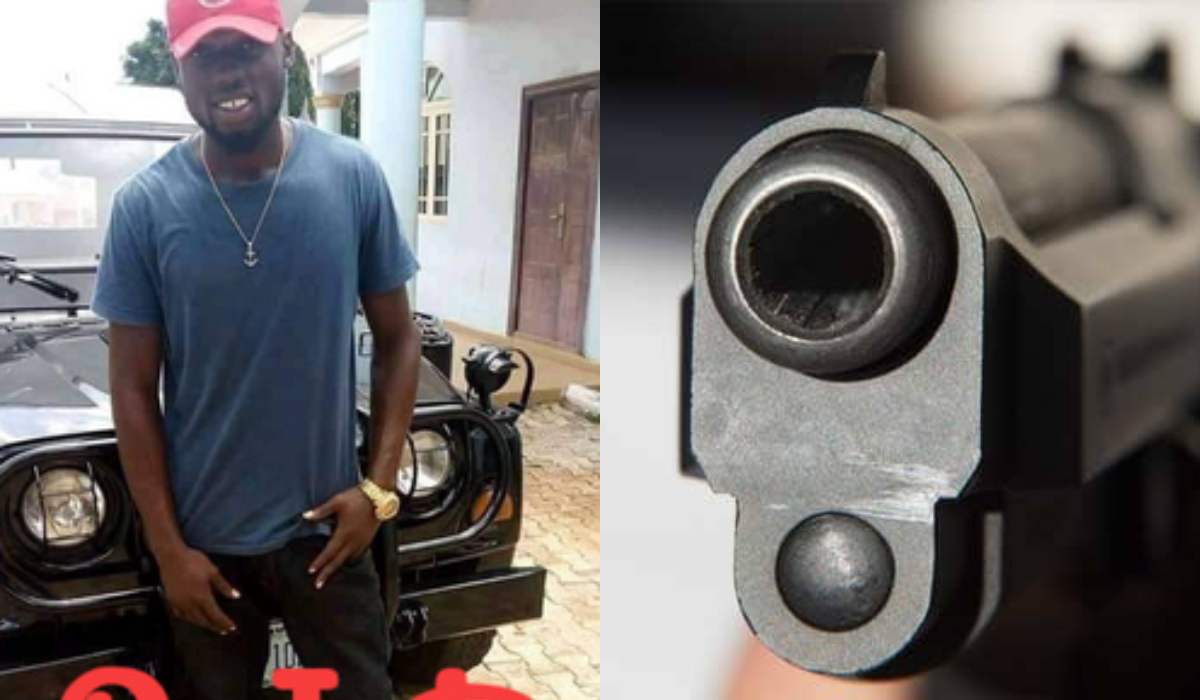 Joseph Apeh
A promising final year student of Kogi State University has reportly lost his life after being shot by some unknown gunmen yesterday, December 10.
The final year student identified as Joseph Apeh had just concluded his examination when he was allegedly trailed to his campus and gunned down at a close range by the gunmen who rode on a motorcycle.
Joseph Apeh was a final year student in the Department of English at the Kogi State University (KSU), Anyigba and was confirmed dead after being rushed to Kogi State University Hospital.
The state’s police spokesperson, William Aya confirmed the incident and also told newsmen that an investigation has been launched to arrest the suspects behind the murder.
Some of his friends have taken to their social media page to share their tributes. Ajofoyinbo T. Samuel wrote;
"No one is meant to live forever. We have to say goodbye to every last one of our beloved friends and dearest ones. This is the saddest truth of life. My heart commiserate with the family of JOSEPH APEH I pray God give them the fortitude to bear this lost.
Rest In Peace bro." 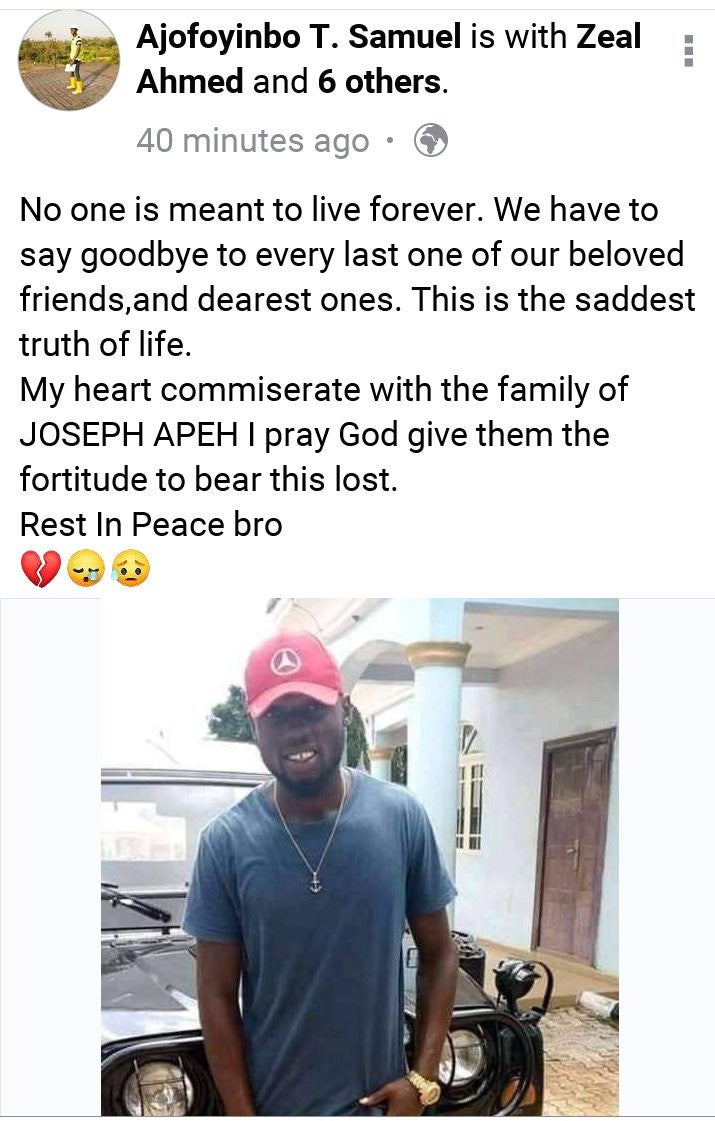