Greta Thunberg has become the youngest ever recipient of the Time's Person of the Year award for her fight to save the world. 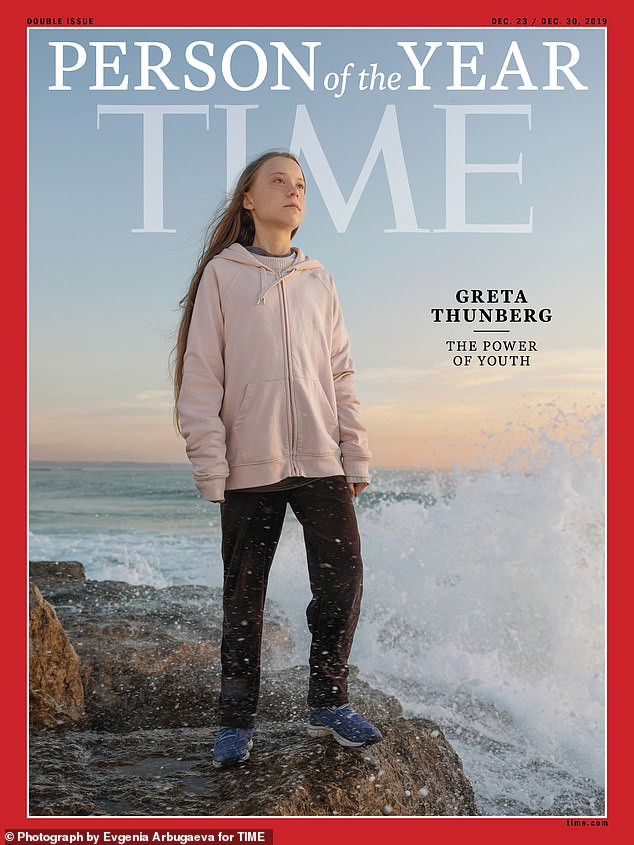 Greta Thunberg
Climate activist, Greta Thunberg has been named Time's 2019 Person of the Year.
She has now become the youngest ever recipient of the title.
The magazine announced 16-year old Thunberg as its preferred choice on Wednesday, December 11, 2019.
"She became the biggest voice on the biggest issue facing the planet this year, coming from essentially nowhere to lead a worldwide movement," Time editor-in-chief Edward Felsenthal told "TODAY."
He also revealed that Thunberg is the magazine's youngest choice ever to be named Person of the Year.
The 16-year-old Swedish teen who became a global voice for climate change and environmental activism inspired the school strikes for the climate movement.
For over a year, her movement has drawn large crowds with her appearances at protests and conferences around the world.
Thunberg, who was diagnosed with Asperger’s syndrome at a young age, heard about climate change at 8 years old. She gave up eating meat and traveling via airplanes, among other things, just to reduce her carbon footprint.
“I remember thinking that it was very strange that humans that are an animal species, among others, could be capable of changing the Earth’s climate,” she said during a 2018 Ted Talk.
Top Stories