Sad! Man Dies 7 Days After His Wedding In Enugu (Photos)


A promising young Nigerian man has died a sad death just days after his wedding in Enugu. 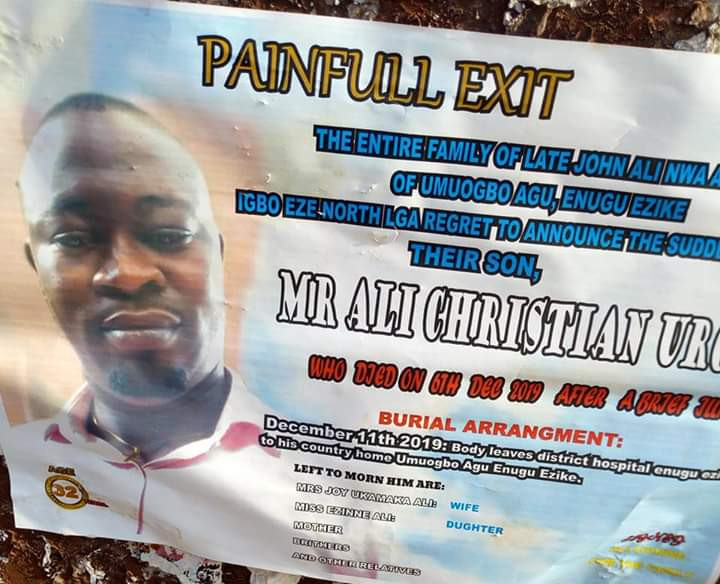 Ali Christian
A man identified as Christian Ali, has died a painful death days after his traditional wedding.
It was gathered that he has been laid to rest at his hometown in Enugu Ezike, Enugu State yesterday, Wednesday, November 11.
According to Facebook user, Ezema Chekwube who shared the story, late Ali complained of severe headache after his traditional wedding on November 29.
He went into coma the following day and died six days later.
“Today the remains of Christian Ali, a friend of all will be lay to mother earth. He is a motorcycle machanic, he did his traditional marriage on Friday 29th November 2019.
"After his traditional marriage he complained of severe headache and was taken to hospital on 29th November.
"He went into coma on 30th November. Died on 6th December, 2019. Rest in peace till we meet to part no more.” Chekwube wrote 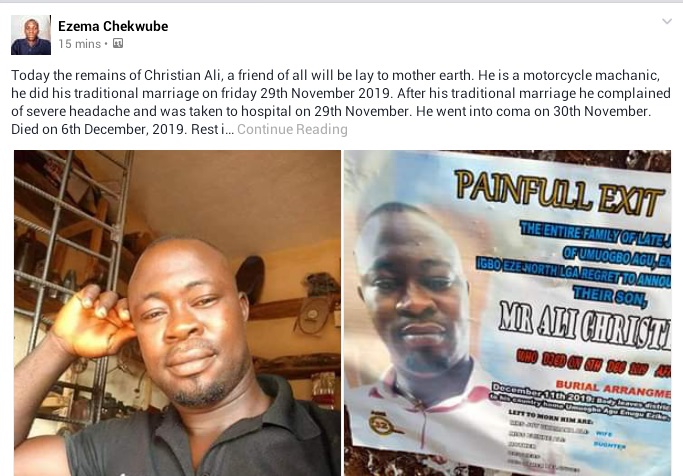