The doctor identified as Harvey Olufunmilayo said ponmo which is regularly consumed is medically useless. 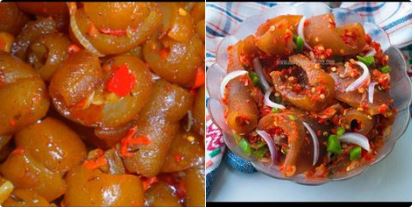 A Nigerian doctor, who is known for giving medical advice on the popular micro-blogging platform, Twitter, Harvey Olufunmilayo has advised Nigerians against the consumption of ponmo.

He also noted that it should not be given to growing children. He stated that children need protein and ponmo lacks the nutrients they need to grow and develop their brains. He also revealed that ponmo is not a protein alternative.

According to him, because ponmo is made from cow skin there are many risks involved. He said ponmo is sometimes burnt before it is sold and to burn it sellers use car tyres, wood, diesel and more just to make the fire burn faster.

However, he noted that if someone does not want to give up on eating ponmo, they should make sure it is washed and boiled properly before eating. 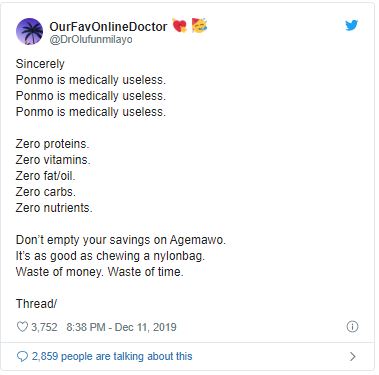 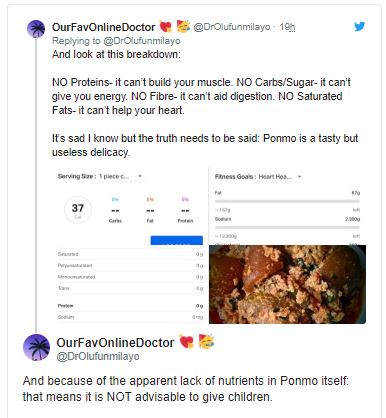 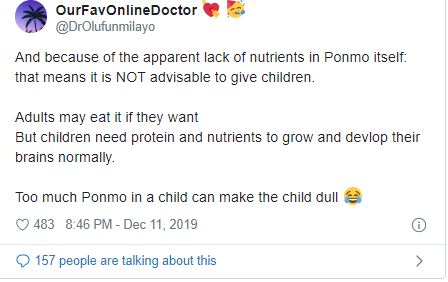 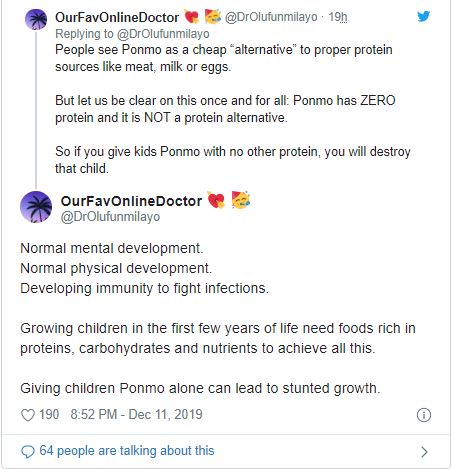 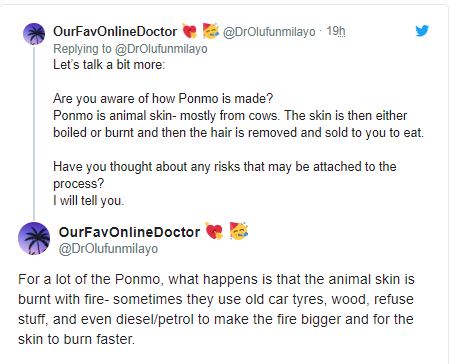 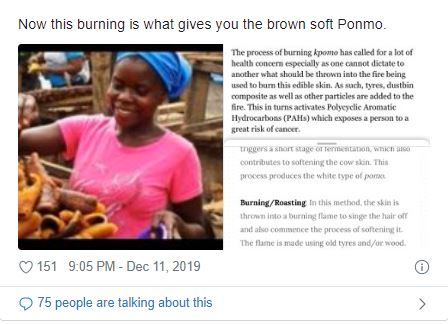 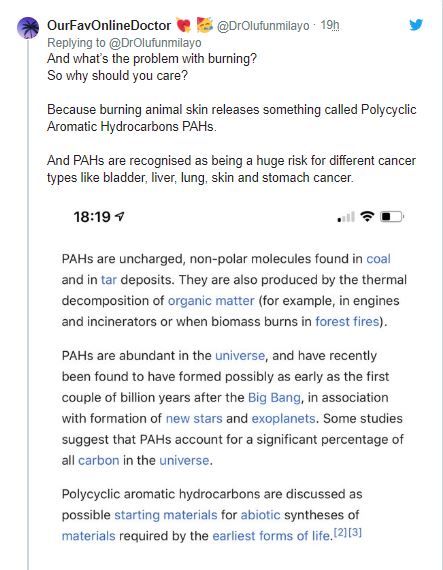 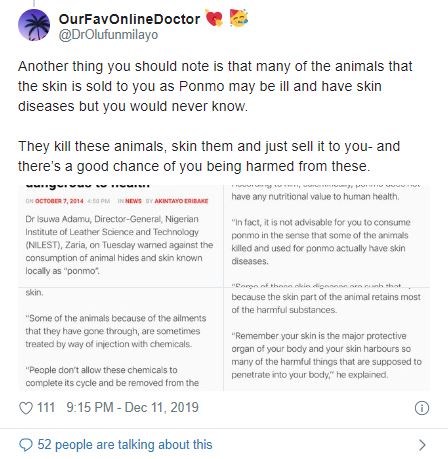 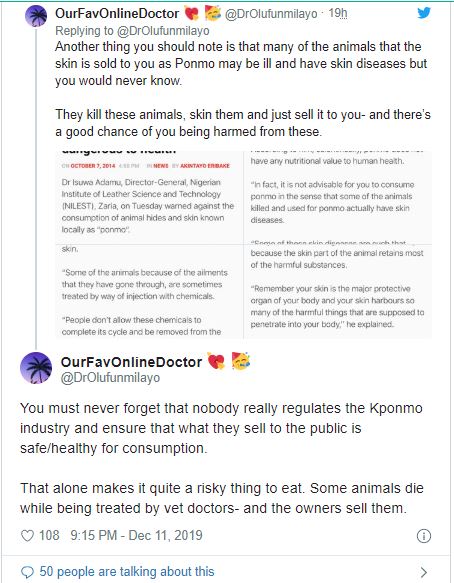 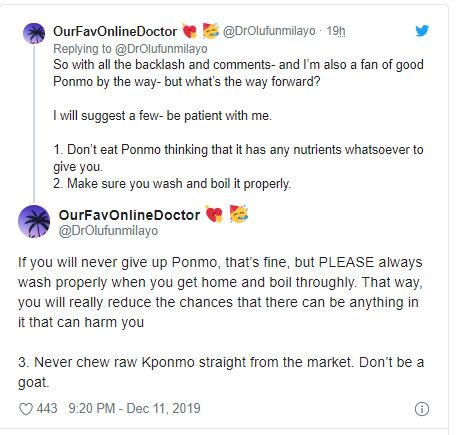 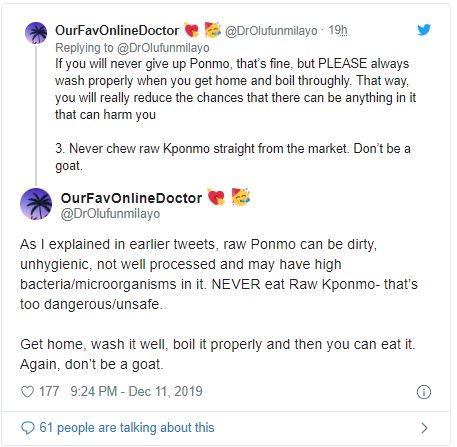 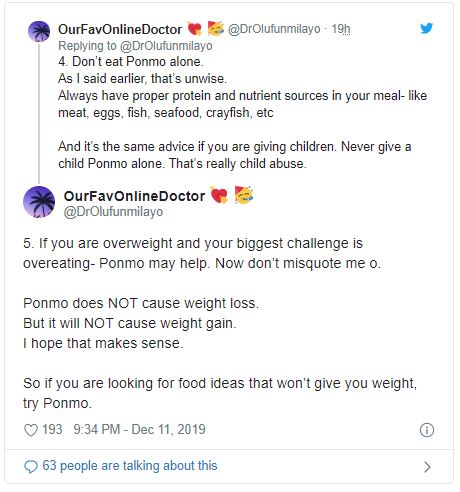 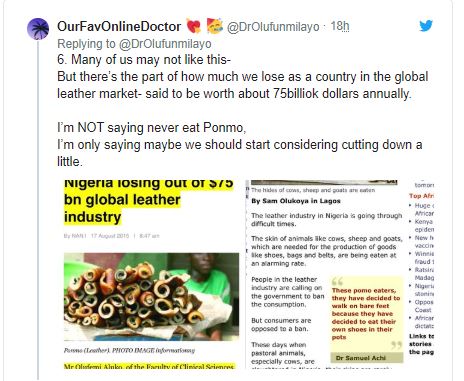 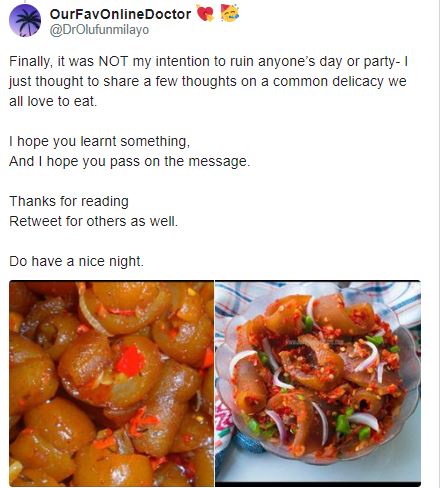