A fully loaded tanker has fallen across an expressway in a Lagos community, sparking some panic in the area. 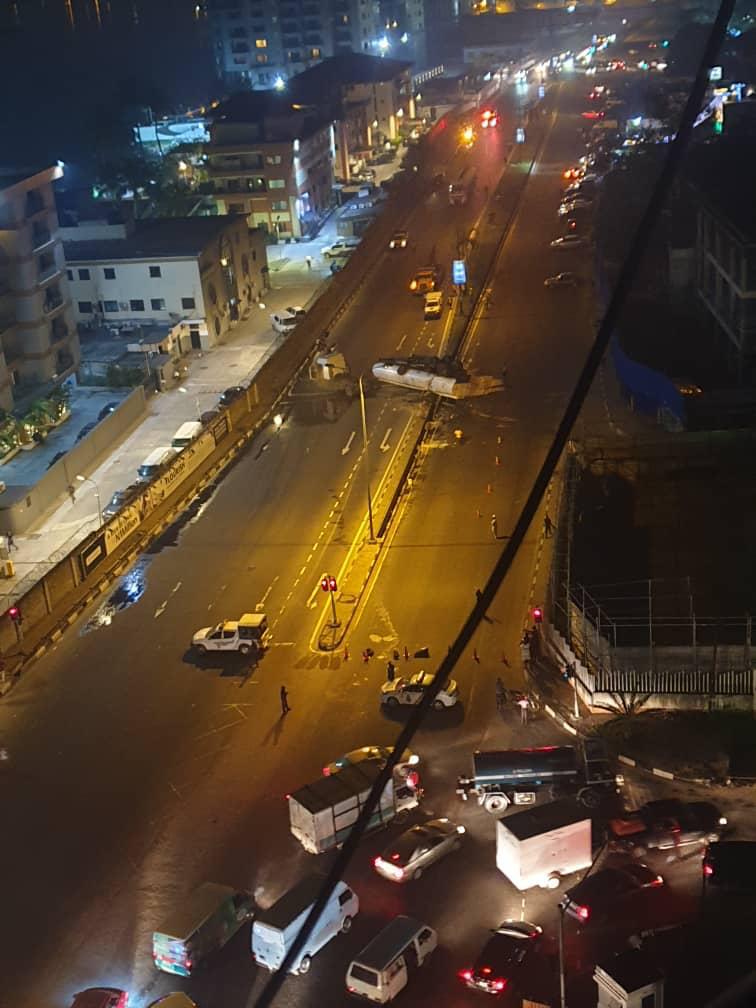 The tanker fell in VI Lagos

A report by Sun News has shown that a fully loaded tanker has fallen on Ozumba mbadiwe Street, in wards QULUX.

Though the area has been cordoned and security officials, Lagos State Fire Services and other responders on ground, it has created panic as well as serious gridlock along the Corridor.

Motorists coming into VI have already been advised to use alternative routes.