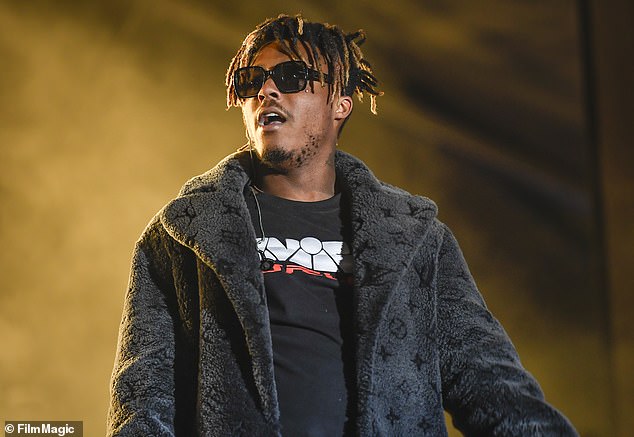 The New York Post reports that Juice Wrld’s heartbroken mom broke her silence Thursday, saying the young rapper spoke candidly about his drug addiction in hopes of curbing others.

“We loved Jarad with all of our hearts and cannot believe our time with him has been cut short,” Carmella Wallace said in a statement to TMZ, referring to her son by his real name, Jarad Higgins. “As he often addressed in his music and to his fans, Jarad battled with prescription drug dependency.”

The star died early Sunday after going into a seizure during a raid on his jet after it landed in Chicago. He was reportedly given Narcan by agents who assumed he was overdosing on Percocet.

While there’s been no official ruling on his cause of death, Juice Wrld’s family believes his ongoing battle with drug addiction was to blame.

“Addiction knows no boundaries and its impact goes way beyond the person fighting it,” Wallace said in the statement. “Jarad was a son, brother, grandson, friend and so much more to so many people who wanted more than anything to see him defeat addiction. We hope the conversations he started in his music and his legacy will help others win their battles as that is what he wanted more than anything.”

Wallace thanked fans, friends, and family for their support, saying, “We know that Jarad’s legacy of love, joy and emotional honesty will live on.”

The Cook County Medical Examiner’s Office Juice Wrld’s autopsy is complete but declined to rule on a cause of death, the Chicago Sun-Times has reported. Officials said they’re waiting on the results of additional tests, including “cardiac pathology, neuropathology, toxicology, and histology.”