A petrol tanker has fallen over in a community in Owerri, leaving a 13-year-old street sweeper dead. 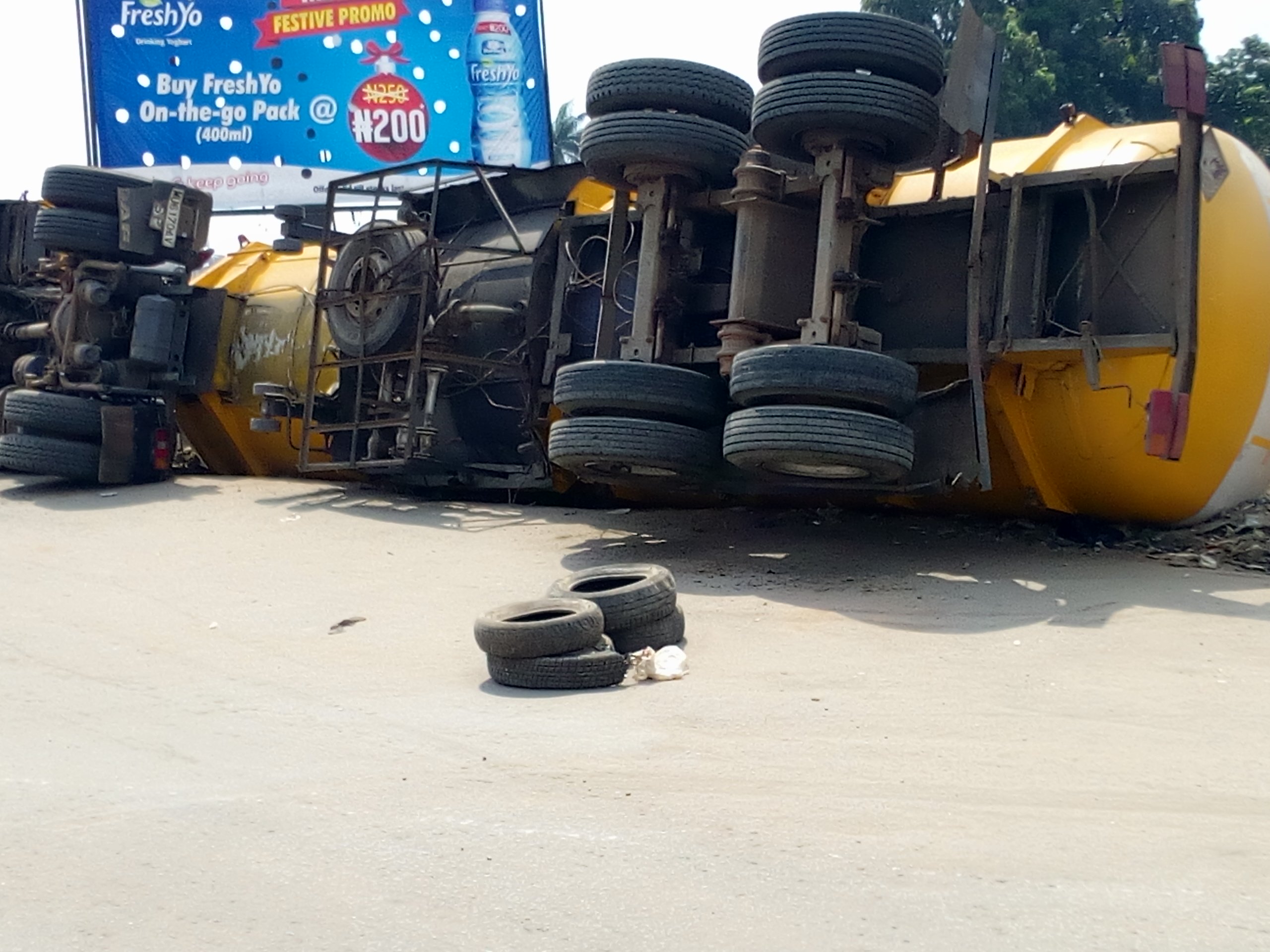 According to a report by The Nation, a loaded petrol tanker has fallen in Owerri, the Imo state capital killing a 13-year-old street sweeper.

The incident occurred around 7.43 am on Friday at West End Roundabout, Old Nekede Road, Owerri, the Imo state capital.

The incident reportedly occurred after the driver lost control of the vehicle as he negotiated to climb the hilly road heading towards Aba Road.

It was gathered that the girl, whose name could not be ascertained as of the time of filing this report, was assisting her mother in sweeping the road.

A witness said when they had finished sweeping and were about crossing the road, the tanker emerged.

The witness who identified himself as Chima Ngoka, said it was while the girl and her mother were waiting for the tanker to pass that it lost control.

While the mother escaped death by whiskers, the girl was trapped under the fallen tanker and was still there around 2.00 pm when the members of Red Cross confirmed her dead.

The Nation, however, observed that there was no spillage even as the area was cordoned off by the officials of civil defence and Road Safety, while men of the State fire service were on standby in case of incident of fire.

The director of the Imo State Fire Service, Japhet Okoroafor confirmed the incident.

Okoroafor said he and his men arrived the scene early to avert any calamity.

He warned motorist to use alternative route for the time being until the vehicle was removed from that spot.