Who Is Afraid Of Allen Onyema?


Have we honestly stooped to the extent of blatant unwarranted 'fake news' and 'hate speeches' just to bring a man down? 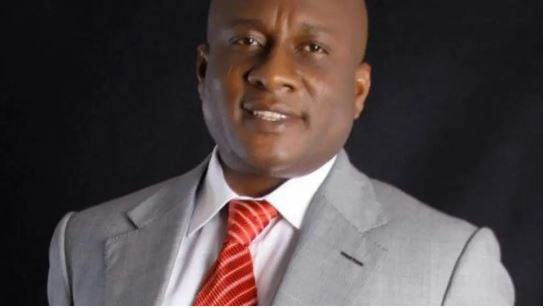 The saying ‘there’s no smoke without fire’ most certainly applies in perpetuity in Nigeria than in any other country in the world, and the reason is not far-fetched. Ours has unfortunately become a society where the issues of national significance get politicized and muddled up with facts that are shamelessly unrelated and, in some cases, outrightly untrue. Our public sphere is currently at the lowest and most barren depths of ‘interpersonal and inter-ethnic abuse and strife’.

It is in view of this reality that it was not surprising when various socio-cultural groups raised the alarm of a clear conspiracy in the matter involving the allegations against Mr. Allen Onyema by the United States Department of Justice. Their claim was that there was a well-thought-out sinister attempt by ill meaning forces to drag the person of Mr. Onyema down.

While it might have been easy to dismiss the claims due to the ‘sentimental’ nature of average Nigerians, the event that ensued on the US’ seizure of a jet belonging to ‘a Nigerian involved in a multi-million-dollar fraud’ and the way it was craftily spun to reflect on the allegations against Mr. Onyema, was clear evidence that this smoke is one of the poorly orchestrated agenda and conspiracies of the highest order.

The methodology speaks for itself. Here are some facts – Not long after it was reported that the EFCC had allegedly probed and seized the passport of Mr. Onyema on the account of the allegation, did this recent news on the seizure of a jet hit the online space. However, tracing back to the original source of the story on an American news forum called ‘WSB-TV 2, Atlanta’, it was found that the accused owner of the jet “was in court on Tuesday” the 10th of December in Atlanta, “for an initial appearance”, and that “a removal hearing will also be held to send him back to New York where the charges he faces were originally filed”. Fast forward to the next day, when our Nigerian online news platforms got wind of the news, did the evidence of conspiracy reveal craft at its ugliest.

We are now faced with a situation of lopsided reporting where the part of the news release where it reported that the accused appeared ‘physically’ in court was conveniently omitted since it is fully known that a man whose passport is supposedly still being held by the EFCC cannot travel out of Nigeria to ‘appear in an Atlanta court’.

In fact, it was quite appalling to see how the news morphed all so conveniently an unknown Nigerian’s jet being seized, to suddenly declaring that the “US had seized Allen Onyema’s Aircraft” as reported by a few news platforms in Nigeria by the 11th of December 2019.

This kind of agenda-setting, that begins to eliminate facts, just so the perceptions of unsuspecting, and well-meaning Nigerians are morphed into believing that Mr. Onyema is a man of ill-character, has now gone out of hand.

Have we honestly stooped to the extent of blatant unwarranted ‘fake news’ and ‘hate speeches’ just to bring a man down? Could it be, that a man whose love for his people and country propelled actions of patriotism, can get dragged to in the mud on the premise of ‘over good deeds or excessive display of love’?

Mr. Onyema’s patriotic efforts have not gone and will continue to go unnoticed as encomiums have been poured endlessly on the man who’s been described by many as a role model, businessman par excellence. Just recently, he was honoured with the most distinguished ‘Alumnus of the Year’ award at the premier University of Ibadan. At this point, it is clear that the Nigerian people are beginning to discern truth from ill-meaning agenda.

It seems interests have exchanged hands in what is a move to fuel these untrue narratives. The deal it seems, is to keep the negative fire burning, but to what end? Perhaps the right question to ask is: who is afraid of Mr. Allen Onyema, and why?

Tayo Dauda is a Public Affairs Analyst. He can be reached via [email protected]