This unnamed man doesn't like what he sees in his girlfriend and it appears it's affecting the sexual relationship they have.

Relationship adviser and blogger, Joro Olumofin has shared a story which has been cracking people up on social media.

After the months of dating her, he finally had a chance to see her natural hair which he has likened to that of his grandmother. He claims the lady is bald and unappealing to him anymore.

This immediately made him lose any sexual interest in her. His friend is also experiencing the same situation with his girlfriend.

Read the gist below: 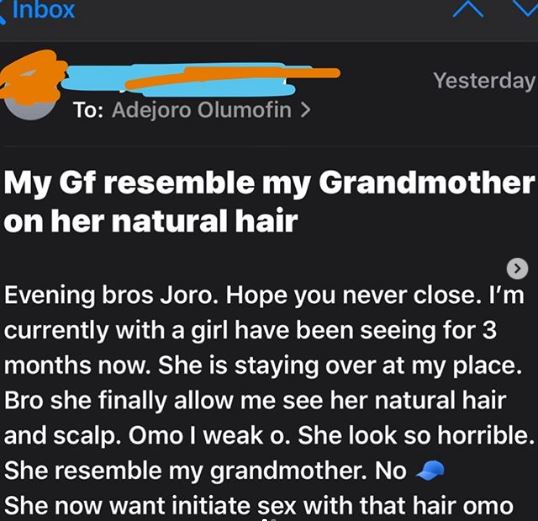 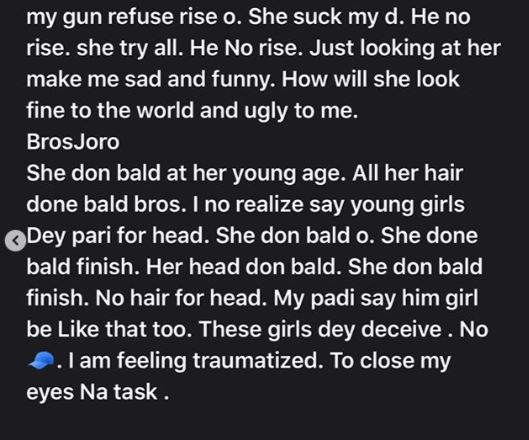