A Twitter user has shocked her followers after narrating how a couple's debt after marriage forced them to commit suicide. 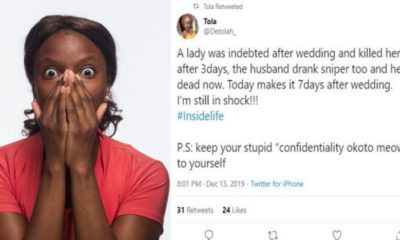 The lady shared the story on Twitter
A Nigeria lady simply identified as Tola has taken to her Twitter account with the handle @detolah_to narrate how a newly wedded couple allegedly committed suicide in Nigeria.
The lady revealed that the couple committed suicide because of the huge debt they incurred after their wedding.
“A lady was indebted after wedding and killed herself after 3 days, the husband drank sniper too and he’s dead now. Today makes it 7 days after wedding. I’m still in shock!!! Come and see shouts here o. For the first time this year, I had tears in my eyes I’ve never believed it until what I saw this night. It was really a terrible scene, wife still dey mortuary sef” she tweeted.
However, after a Twitter user suggested that it might not be the wedding debt that pushed the couple to commit suicide, Tola further wrote:
“It is! The husband's family said that’s what she kept saying”
See post below: 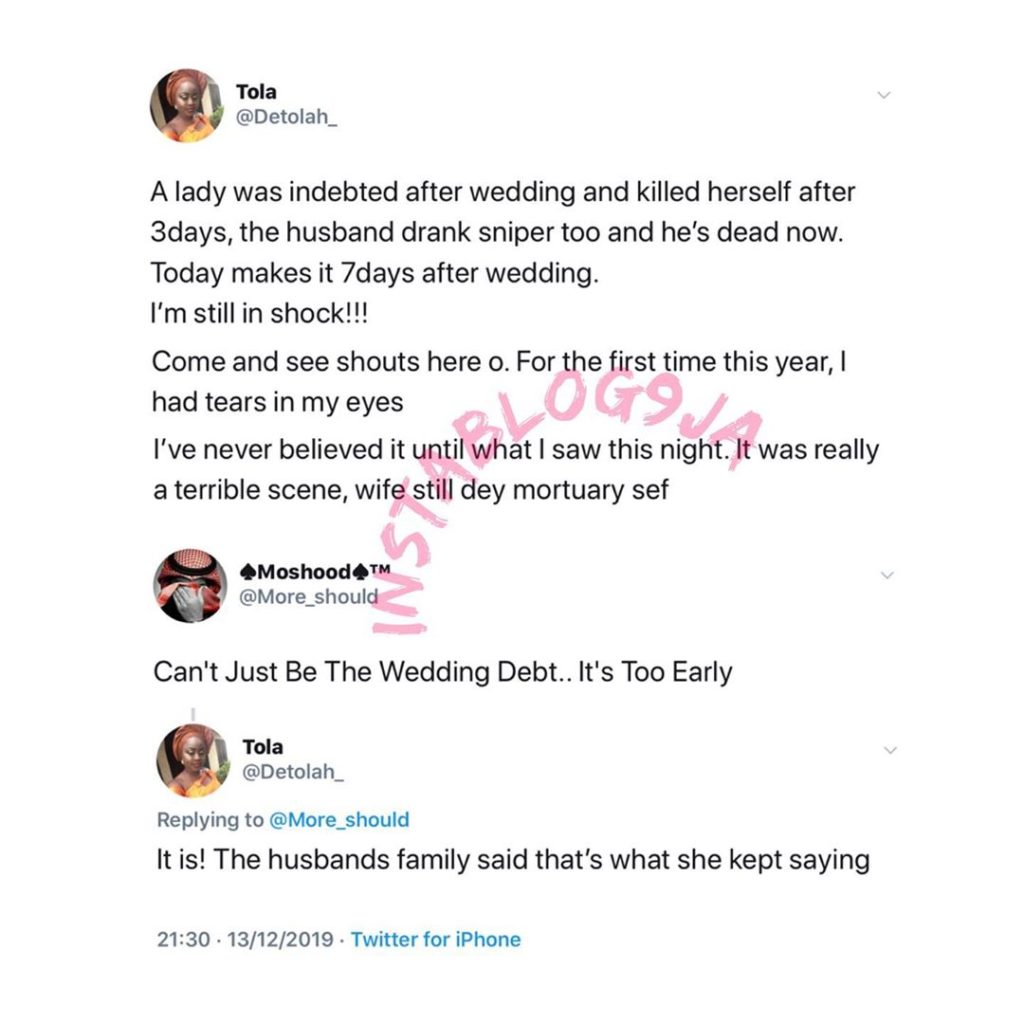