Nigeria Has Only 42,000 Doctors - NMA President


Faduyile said the UK, where most Nigerian doctors were migrating to, has many doctors for her population, whereas reverse was the case in Nigeria. 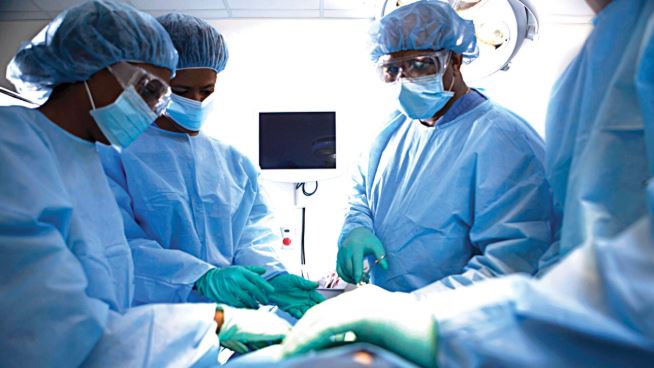 President of the Nigeria Medical Association (NMA), Dr. Francis Faduyile, has raised the alarm over shortage of healthcare practitioners in the country, saying only 42,000 doctors are available for Nigeria’s population of over 200 million people.

He said high rate of insecurity, poor job satisfaction, low remuneration, unemployment, bad roads, and poor healthcare system were some of the reasons why Nigerian doctors and other healthcare practitioners were leaving the country for greener pastures abroad.

Speaking with Akelicious yesterday, the NMA president said about 75,000 Nigerian doctors were registered with the body, but over 33,000 have left the country, leaving behind only about 42,000 to man all health institutions in the country.

“Nigerian doctors and other healthcare workers, including nurses and pharmacists, are leaving the country in droves because of the poor healthcare system and lack of job satisfaction.

“The United Kingdom employs, on the average, 12 Nigerian doctors every week. If Nigeria decides to graduate 3,000 doctors every year, without the doctors leaving this country, it will take us 25 years to meet the WHO estimate of one doctor to 600 persons,” he said.

Faduyile said the UK, where most Nigerian doctors were migrating to, has many doctors for her population, whereas reverse was the case in Nigeria.

The president had earlier mentioned during the 10th Annual Symposium of the Health Writers Association of Nigeria (HEWAN) in Lagos recently that there was a huge deficit in the nation’s health sector due to brain drain as some of the best healthcare practitioners were leaving the country through migration to more favourable countries.

The NMA president said: “Nigeria is losing some of its most educated, talented and professional healthcare practitioners to countries such as Namibia, Senegal, Ghana, UK, South Africa and many others.

“This is because the government is not interested in giving adequate priority to health, low funding, no appropriate employment, low remuneration, lack of equipment to intervene and save lives, insecurity, bad roads, among other problems.

“Now, it is taking a toll on the country as our people are suffering due to the shortage of workers, people are dying due to lack of effective healthcare system and Nigeria has one of the worst health indices in the world,” he said.