Boroffice had no pact with Akeredolu as regards who becomes the standard-bearer of the party during the 2020 governorship election. 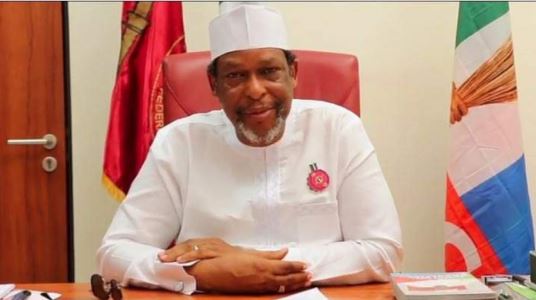 The federal lawmaker representing Ondo North Senatorial district at the National Assembly, Prof Ajayi Boroffice has denied the purported plan to back the Ondo State Governor, Oluwarotimi Akeredolu towards his second term bid.

The Senate Deputy Majority Leader who had been having a running battle with the governor since the last governorship primary in 2016 where he lost the ticket of the All Progressives Congress, APC, described his rumoured support for Akeredolu as the wishful thinking of those within the governor’s camp.

According to Boroffice in a statement issued over the weekend by his media aide, Kayode Fakuyi, he had no pact with Akeredolu as regards who becomes the standard-bearer of the party during the 2020 governorship election.

The statement read, “I am aware some appointees of Governor Rotimi Akeredolu have perfected plans to pollute the airwaves with an illusory tale that Prof Boroffice and Governor Akeredolu sealed a pact at the instance of some National leaders of the APC.

“The second component of the fairy tale is the insinuation that Prof Boroffice secured a sort of concession in the pact.

“Thus, I wish to confirm that there is no pact between Prof Boroffice and Governor Akeredolu. The tale is false in its entirety. Anyway, Prof Boroffice does not need any sort of concession from anyone.”

Fakuyi added that “Prof Boroffice has no preferred aspirant for the 2020 governorship candidacy of the All Progressives Congress in Ondo State.

“The purveyors of falsehood and their sponsor had many years to build and garner goodwill but they chose to fritter time and resources away by fighting imaginary enemies.

“Having lost out on all counts, they have resulted in cheap lies and clout chasing in the twilight of tenure”

“I urge associates and supporters of Prof Boroffice to ignore the cheap lies emanating from appointees of the governor.

“Assuredly, no illusory pact can suspend the rights of party members to determine a party’s candidate or circumvent the process of direct guber primary election in Ondo State.”