Fani-Kayode Attacks Pastor Adeboye, Tells Him What To Do About Buhari


According to him, Pastor E.A Adeboye who supported Buhari in 2015 and 2019 owed Nigerians. 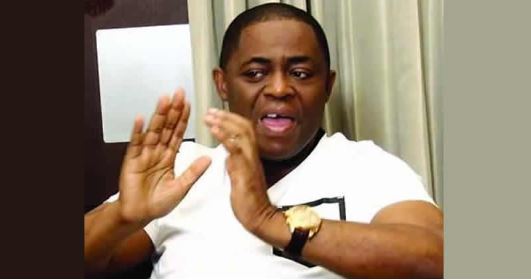 A former minister of aviation, Femi Fani-Kayode has criticised Pastor Enoch Adeboye, General Overseer of the Redeemed Christian Church of God (RCCG) over plans to build an auditorium as big as Ibadan city.

Adeboye, on Wednesday night disclosed that he would not die until he had built a church auditorium as big as the city of Ibadan.

The RCCG leader said this was revealed to him by God.

But, reacting, Fani-Kayode countered Adeboye, saying that building an auditorium should not be his priority but helping Nigerians remove President Muhammdu Buhari from power.

According to him, Adeboye who supported Buhari in 2015 and 2019 owed Nigerians.

On his Twitter page, Fani-Kayode wrote: “Sir, building a Church auditorium the size of Ibadan ought not to be your priority.

“Getting the tyrant out of power and breaking the evil yoke that you helped foist on Nigeria by supporting him in 2015 and 2019 ought to be your primary objective today. You owe Nigeria that much.”