A car rider used an air freshener can without ventilating his car before lighting his cigarette causing an explosion. 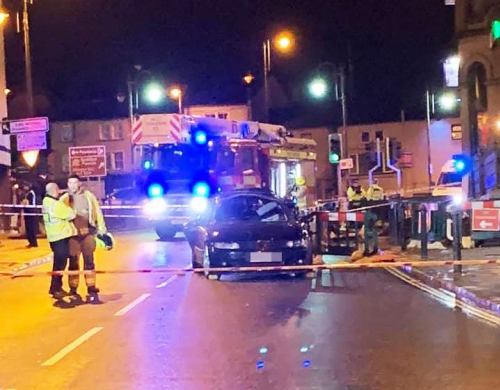 A motorist was lucky to escape with just minor injuries when his car exploded as he lit a cigarette.

The blast was so powerful that his car was left misshapen and windows of nearby buildings in Halifax town centre were broken.

Police said the explosion happened when the driver used an aerosol can air freshener moments before lighting the cigarette on Saturday afternoon.

The force said on Facebook: ‘Shortly after 3pm this afternoon Fountain Street, Halifax, had to be closed due to an exploded aerosol can.’ 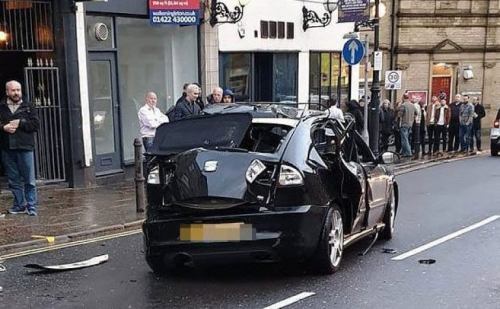 The statement said that the car was stationary in traffic when the owner used an air freshener can but did not ventilate his car before lighting his cigarette.

‘The fumes exploded and blew out his windscreen, along with some windows at nearby business premises.

‘The owner, fortunately, sustained only minor injuries but this could have been worse.’

The force said: ‘Please can members of the public be careful and follow guidelines when using air freshener cans?’

One reply to the force’s post said: ‘It was an almighty boom. An aerosol We watched his windscreen and window glass fall from the sky.

’ Pictures of the black Seat car posted on social media showed it suffered significant damage to its doors, boot and windows.