Security operatives in Lagos have apprehended a man after he pushed his neigbhour to death in Lagos. 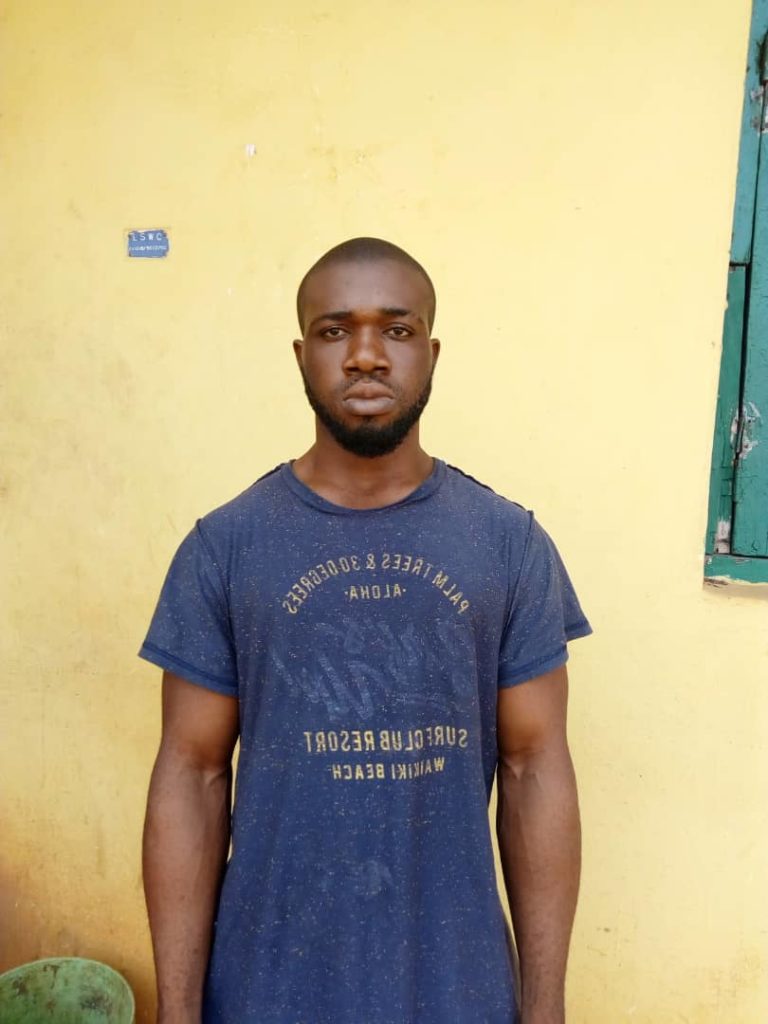 Amos Ekuma
A man  identified as Amos Ekuma, has landed in trouble in Lagos after he pushed his neighbour, who was a drycleaner, identified as Actor and he fell down and died in the process.
According to a report by PM Express, the incident happened along Sabo Road by Kokoro Abu area of Ikorodu, Lagos, where they are doing business.
It was not yet confirmed if the late Actor had any sickness before the suspect pushed him down.
This was confirmed by the Police Public Relations Officer, DSP Bala Elkana. He stated that the suspect is undergoing interrogation for the alleged murder.
He was arrested and detained for murder which attracts life imprisonment if he is tried and found guilty before the Court for the alleged offence.
DSP Elkana explained that on 14th December, 2019 at about 1400hrs, one Amos Ekuma “m”  of No. 59 Ajipon Street, Ohio, Ogun State, submitted himself to the Police at Ikorodu that he had killed his neighbour during a scuffle in their area.
He said the suspect said he was in his shop on 13th December, 2019, at about 1900hrs, along Sabo Road by Kokoro Abu, Ikorodu, when one dry cleaner beside his shop popularly known as Actor attacked him with an iron rod as a result of an argument that ensued between them earlier in the day that was resolved by their neighbours.
The suspect said that during the scuffle, he pushed him and the said Actor fell down and was rushed to Ikorodu General Hospital for treatment but died while on admission.
DSP Elkana revealed that the corpse was deposited at the mortuary for autopsy while the suspect is in Police custody for discreet investigation by Homicide detectives from the State Criminal Investigation Department, Panti Yaba, Lagos.
He said that the suspect will be charged to Court after the conclusion of investigations for murder.
Top Stories