So Heartbreaking: He Lived In New York For 45 Years, Got Killed In Ikorodu (Photos)


This man was recently murdered in cold blood in Lagos State after he recently returned to settle down. 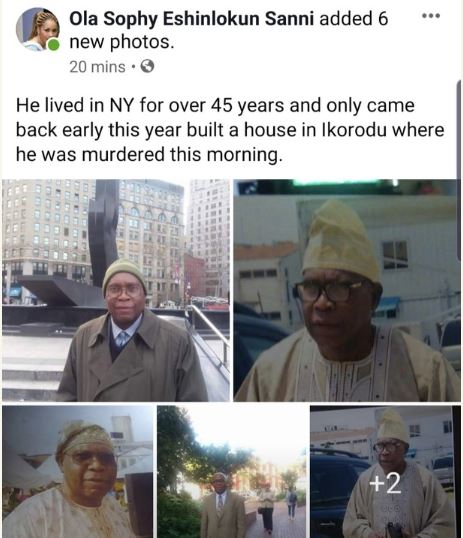 This is a trending story of a man whose precious life was lost to the poor security system in Ikorodu, Lagos.

According to reports gathered on social media, he lived in New York, United States of America for over four decades but soon returned to Nigeria early this year where he built a house.

Dramatically, he just turned up dead and details of the incident are still sketchy. The Ikorodu area has been a terror-hotbed in recent times with cult clashes and the menace of the Badoo Boys ravaging the surburb of Lagos.