Over the years, I have always advocated against coming out fake. I hate telling lies and I don't like being deceived. 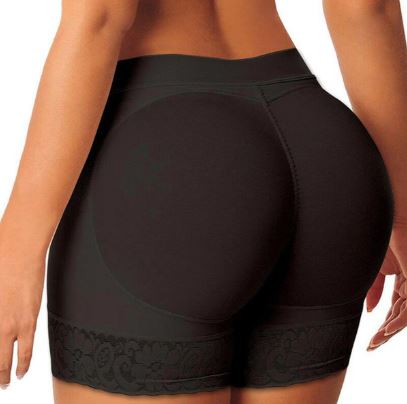 Lagos-based ladies have been setting booby traps for men who are lovers of curves and many have been quietly taking the 'L' without making any fuss about it. It seems like a shame when you step on that kind of banana skin and it sends you crashing to the ground on your back. It could be shameful to even discuss it with one's closest friends.

Funny enough, the randy men who are easily moved by what they see, I mean physical endowments are the easiest victims of this well-coordinated subtle fraud taking place in the financial hub of Nigeria where the purchasing power is quite high. Come to think of it, several men over here have just too much cash to throw around.

Imagine a scenario in which you met a lady at a club on a Friday night with a huge bust, bulgy hips and large bum as you love it and you decide to take her home to ease off the stress you encountered at work and as you guys are about to get down, she asks for some privacy, heads to the bathroom and then comes out as a totally slim person with all the physical attributes that encouraged you to go for her gone just like that. At first, you might think the alcohol you took had started to play pranks on your eyes and brains with that instant and inexplicable physical transformation. You start to feel disillusioned and as a gentleman, you might not have the courage to ask the right questions about what's wrong to avoid annoying her. At that moment, you will feel scammed, demoralized and short-changed. This is a blatant case of the regular social media e-commerce drama of "what you ordered for and what you got"

If this issue is not well handled, I believe it could escalate from verbal attacks to a physical one causing bodily harm and subsequently death. 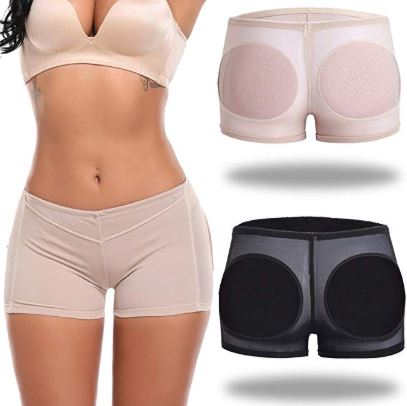 In essence, what I am trying to point out here is that most Lagos women especially the young ones who want the attention of men at all costs mostly for financial gains have been hiding their insecurities with boobs pads, hips pads and butt pads. These items look too natural and befitting that these men even with their years of experience in the field of hunting and having eagle eyes still fall for this 'legal scam' and it has always ended in tears and gnashing of teeth.

Over the years, I have always advocated against coming out fake. I hate telling lies and I don't like being deceived. I personally believe it's more honourable to appear the way you are and someone who likes you for who you are and what you represent will come for you. I have come across men who love their women slim/athletic and these guys will never have anything to do with the plus-sized ones. They hate too much flesh and find it difficult to cope with their size in bed. They believe these ladies are not that energetic and good with extreme positions behind closed doors. I have also seen men who will never even want to associate themselves with slim women, they love everything big and it works for them. Some others don't care, they literally eat anything that comes their way just like that heavyweight boxer Andy Ruiz.

When a lady doesn't alter or pad her shape with this material stuffs, the man in question goes for what he wants and everybody ends up being happy getting what he so desires at the end of the day with maximum utility guaranteed unlike when some greedy women employ underhand tactics to hoodwink unsuspecting men. This is the same way the National Assembly pads the national budget with phantom projects and consequently making the current administration look bad.

Men who flirt around on social media have also been taking the hit. What they see in pictures are always totally different from what they get in reality. This also accounts for why some men are wary of light-skinned ladies online. They exploit nice angles, bright lights good locations, improved camera lens and picture-editing applications to come out with killer pictures which end up being in direct contrast to their actual beauty rating. Some even use these apps to allocate hips to themselves as the Nollywood actresses and singers do. They are called the 'iron-benders' and prominent faces have been caught in this act. I have heard of ladies 'sucking in their big tummies' in pictures to con men seeking flat tummies.

When the iPhone X series came out, many complained it made them look too beautiful as their looks were exaggerated. Their profiles on social media became more attractive and got more views but most men started getting a series of disappointments on meeting them.

Men who don't look at the heart of women before making certain romantic decisions have been at a loss. Nothing is real anymore. Bald-headed women suddenly get the longest and most beautiful hairs within 24 hrs by wearing wigs and a lady with a flat bum or small breasts today might show up next week with the natural features of Nicki Minaj with the introduction of liposuction. The truth is not the truth, the more you look, the less you see.