Anthony Joshua said that he would face Andy Ruiz again one day, after mandatory responsibilities. 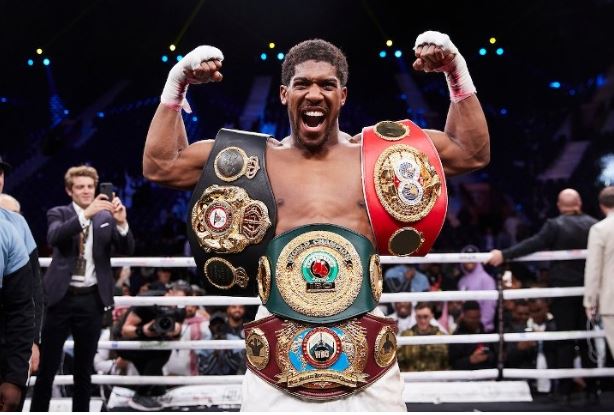 Unified heavyweight champion Anthony Joshua will next be facing either Kubrat Pulev or Oleksandr Usyk, mandatory challengers for the IBF and WBO respectively, and he suggested that the first of those fights could happen as early as late March, despite his promoter, Eddie Hearn, saying it would take place in May.

If it was Pulev, Joshua said his attitude would be “seek and destroy”. “Anyone fighting for the championship is a dangerous fighter,” he said of Pulev, likening his style to Tyson Fury. “Good jab, leans back and stays out of range,” Joshua said.

He also said he was more than willing to face Usyk, the former undisputed world cruiserweight champion and said he was already studying the Ukrainian’s style.

“Usyk is a great cruiserweight,” Joshua said. “He is still exploring the division but he wants a piece of the big pie, which he is more than welcome to try and take from my hands.

“He will be in my eyesight for the end of March early April to defend my titles about. He is a very credible opponent. When I am trying to build my record, I want opponents like Usyk on there that I can say I have defeated.

“Usyk uses his feet very well and he positions his hands so if you do manage to catch him, they are brushing off the gloves.

“I have been studying him already, from his footwork to his hand positioning to the openings. I will go to former people who have faced him and find out that information about how to defeat him. It’s not just a bruiser’s game, it’s a real science.”

Joshua also said that he would face Andy Ruiz again one day, after mandatory responsibilities and a potential unification fight were out of the way, and Dillian Whyte, his old rival.

“One trillion percent,” he said of being ready to face Ruiz again. “Me and Andy will soon see each other in the ring again.

“If Dillion wants some of this work, he is more than welcome to step in the ring with me.”