Wilder vs. Fury Rematch To Be Followed By Trilogy


Joshua, while it is unrealistic for him to face either Fury or Wilder, will turn his attentions to his mandatory challengers. 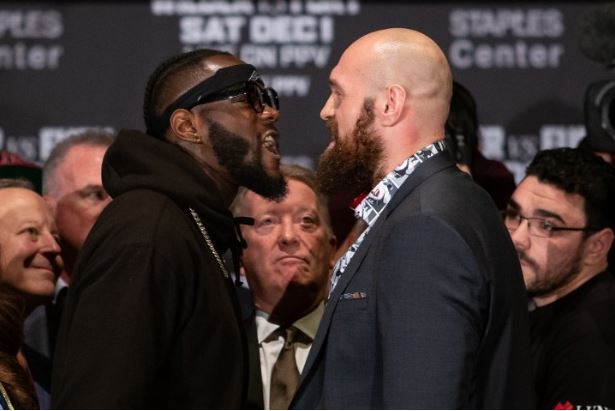 The bout had been expected to take place in February and, now that both Fury and Wilder have successfully come through their respective bouts with Otto Wallin and Luis Ortiz unscathed, Fury’s promoter Frank Warren revealed the rematch will happen on February 22, 2020, and that a third fight will take place in the summer.

“Tyson is going to be back in the ring with Wilder on February 22 and they will fight again, irrespective of who wins, in the summer,” Warren said in an interview on talkSPORT earlier this week.

Anthony Joshua recently won back the WBA Super, IBF, WBO and IBO heavyweight belts from Andy Ruiz Jr in their rematch at the Diriyah Arena in Diriyah, Saudi Arabia, to become a two-time world champion and he will head into camp with Fury to prepare him for the rematch with Wilder.

A clash between AJ and the winner of Wilder vs. Fury would crown the first undisputed heavyweight champion since Lennox Lewis’ reign ended in 2000, but that now seems unlikely in the foreseeable future, with Fury and Wilder tied up.

A venue for the rematch has yet to be formally confirmed, though Boxing Scene understands the MGM Grand Garden Arena in Las Vegas is the frontrunner to host the clash.

Joshua, while it is unrealistic for him to face either Fury or Wilder, will turn his attentions to his mandatory challengers.

The IBF has named Kubrat Pulev as their mandatory challenger, while Oleksandr Usyk is the WBO’s, having moved up from cruiserweight –– where he was the undisputed champion –– to use his Super champion privileges to book his spot against the 30-year-old.

It appears that Pulev will be first in line, potentially facing Joshua at Tottenham Hotspur’s new soccer stadium, which seats 60,000, in either April or May, while the WBO has insisted that the clash between Joshua and Usyk must happen on or before June 4, 2020.