A young and promising Nigerian boy has recorded an outstanding achievement after developing a website for his school. 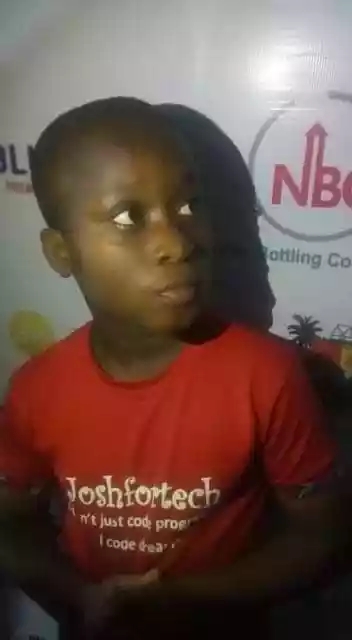 Joshua Agboola
A talented and brilliant Nigerian boy, Joshua Agboola has earned a place in history for himself after developing a website for his school right from scratch.
The young boy is just nine years of age.
Speaking with Vanguard, the young boy said he hopes technology is introduced into every school’s curriculum.
He also said that if given the opportunity to be the president, he would empower those that help people.
The young boy said he started coding at the young age of six, which was made possible following his brief engagement at Co-Creation Hub.
According to Vanguard, with the help of home coaching, his tech proficiency with programming languages like Javascript, HTML, CSS, Jquery, boostrap and basic PHP increased.
He also has a Youtube channel where he simplifies tech concepts in a fun way for kids and adults for quick learning.
Agboola was also one of the speakers at Techpoint conference themed The Future of Work.
Watch video below:
Top Stories