A police officer that was killed during a clash with suspected members of the Indigenous People Of Biafra (IPOB) will be buried next week. 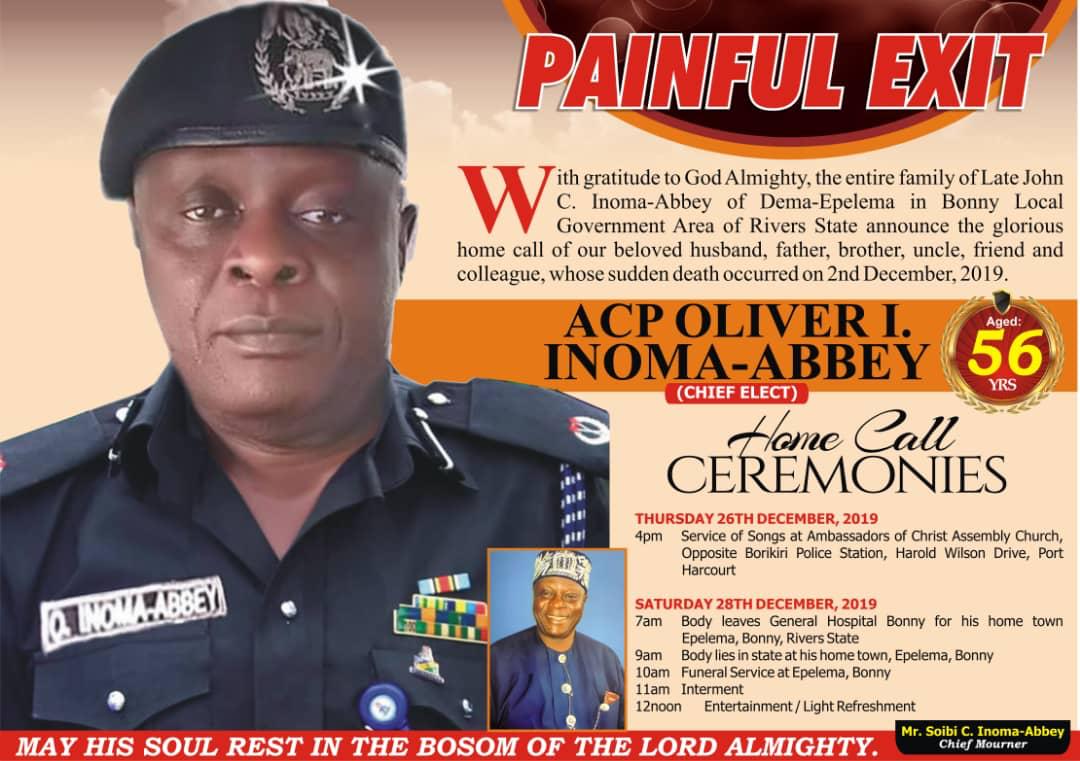 Oliver Abbey
Late ACP Oliver Abbey, a former Area Commander, Oraifite Anambra State who was killed on 2nd December, 2019 by suspected members of the Indigenous People Of Biafra (IPOB) is set to be buried in his hometown, Bonny Local Government of Rivers State on Thursday, 26th December, 2019.
Recall that, according to the statement signed by SP Haruna Mohammed, Police Spokesman: “On the 2/12/2019 at about 11:30 am,there was a formal complaint against One Barrister Ifeanyi Ejiofor 'm' (a member of the proscribed IPOB) in Oraifite on alleged case of abduction, assault occasioning harm and malicious damage to property.
“Following the report, Police Patrol teams led by the Area Commander, Oraifite ACP Oliver Abbey mobilised and rushed to the scene in order to arrest the suspect who declined Police invitation.
“However, as soon as Police arrived the house, armed men suspected to be IPOB members descended on the Police, set ablaze one Patrol vehicle and attacked them with rifles and machetes. As a result of the attack, two Police officers whose identities are being withheld were killed by the suspected IPOB members while others were inflicted with machete cuts. The injured personnels were rushed to the Hospital for medical attention and are presently receiving treatment."
Top Stories