As many as eleven Nigerian governors have stormed the Dangote Refinery and Petrochemicals in Lagos. 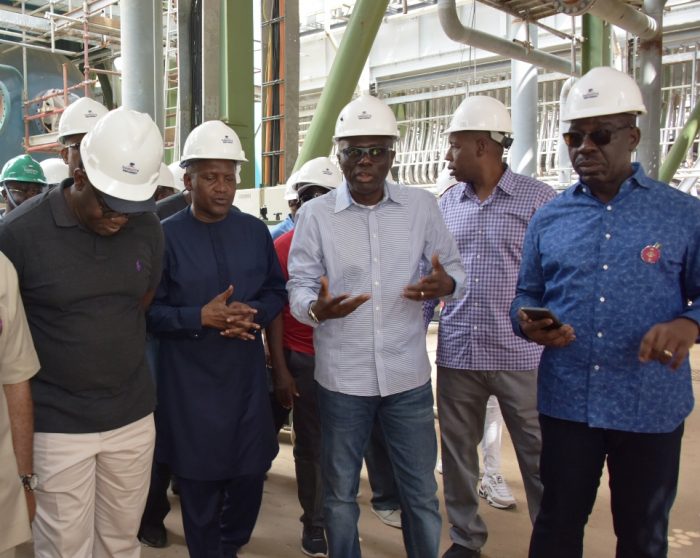 PM News reports that eleven Nigerian governors on Friday stormed the Dangote Refinery and Petrochemicals in Lekki, Lagos to have on the spot assessment of the massive project. 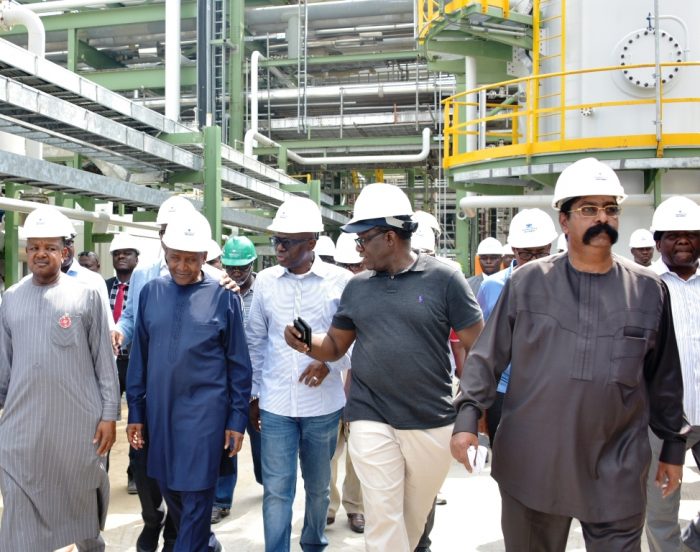 They were led on the visit by the Chairman, Nigerian Governors Forum (NGF), Dr. Fayemi, who described the Dangote Refinery and Petrochemicals as a pride  to Nigeria and Africa.

The NGF said the project would contribute immensely to Africa’s economy and help the continent attain food security when fully operational.

He said: “This is an inspirational initiative by the President of the Dangote Group, Mr Aliko Dangote. It demonstrates the possibility where government provides the enabling environment the way the Lagos State government has done for individuals that are serious-minded and has what it takes to excel.

“This an individual that has put together a $12 billion project that we have toured almost through out the day and had to cut it short to be able to attend to other businesses.

“We are all looking forward to the products that will come out from this place. The plastics, the oil from the refinery and the fertilizers for our agriculture,” he said. 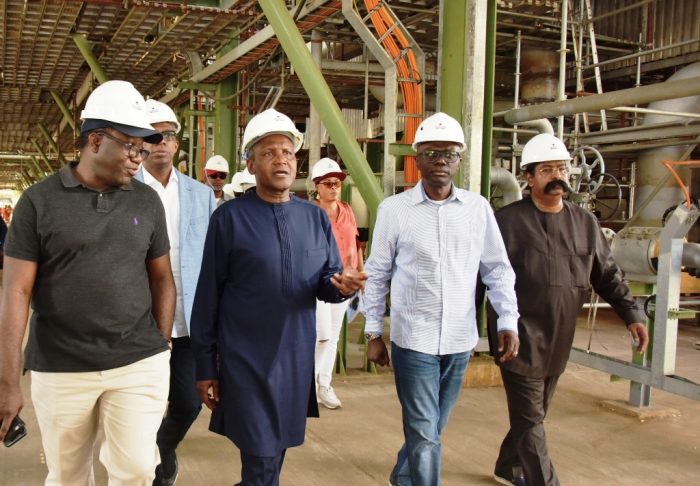 Fayemi added that the state governments’ investment in agriculture would be given a boost by the fertiliser plant which is the largest in Africa.

The NGF chairman urged governments to continue to create an enabling environment through right incentives and policies as well as provision of infrastructure needed to attract investors to their states.

Also, Sanwo-Olu commended Dangote for taking the decision to put the strategic investment in Lagos, adding that the government would continue to do its best to support the smooth completion of the project. 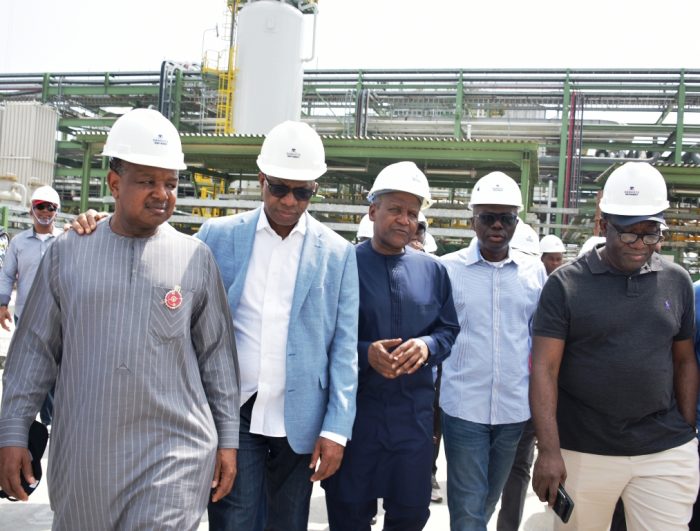 He said: “This project is sited close to the Lekki Free Trade Zone and Lekki Deep Sea Port and we are bringing development to our people.

“Part of the things we are doing here is to bring a comprehensive new infrastructure to the communities. We are closing up on two different road connections out of this place. One will go to Epe, and another one will go to Ijebu Ode and back to Lagos.”

The Lagos State governor added that the plan of the government was to open up the place so that people could come and work, live and contribute to the economy. 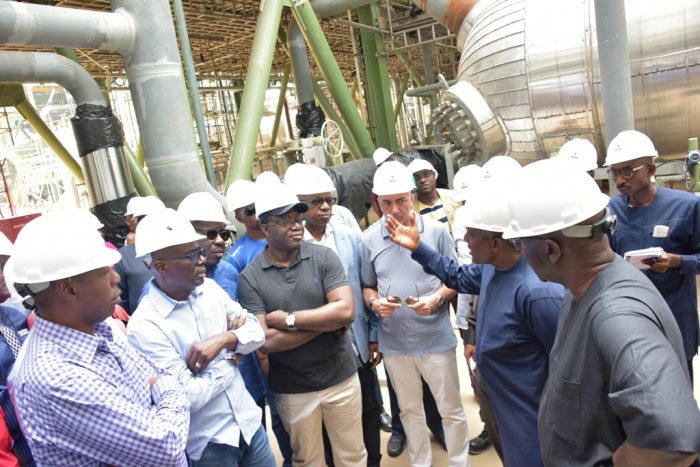 On his part, Aliko Dangote thanked the governors for the visit to the facilities and assured them that the group would continue to invest in Nigeria to create jobs and make all Nigerians proud.

“We will continue to make sure that we are the ones that will lead and others will follow. We want to bring all our monies to Nigeria and invest where we belong to,” he said.

Dangote, however, urged the governors to focus on the areas of health, education and capital development, adding that these sectors should be part of their key responsibilities to their people. 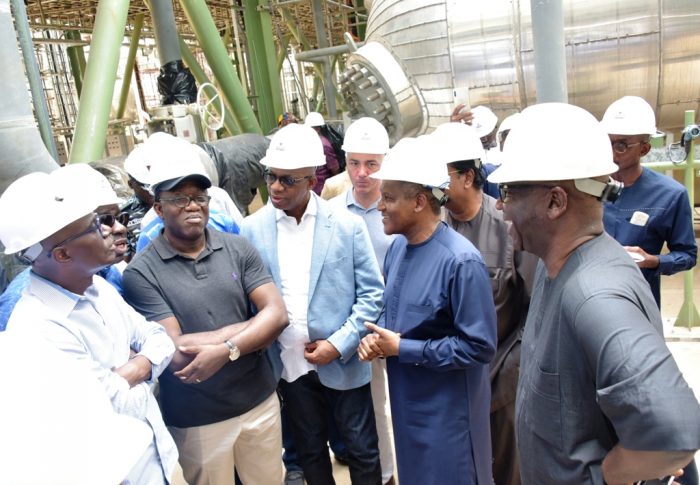 Mr Devakumar Edwin, Executive Director, Strategy, Capital Projects and Portfolio Development, Dangote Group, said all the states would benefit from the three million Metric Tonnes Per Annum fertiliser plant because it would improve the agricultural sector.

Edwin noted that the 650,000-barrels-per-day refinery could meet 100 per cent of the Nigerian requirement of all liquid petroleum products and would have surplus for export.

“The refinery project will create 1,600 permanent jobs and 100,000 indirect jobs. It will save Nigeria over $7.5 billion annually through import substitution, ” he said.