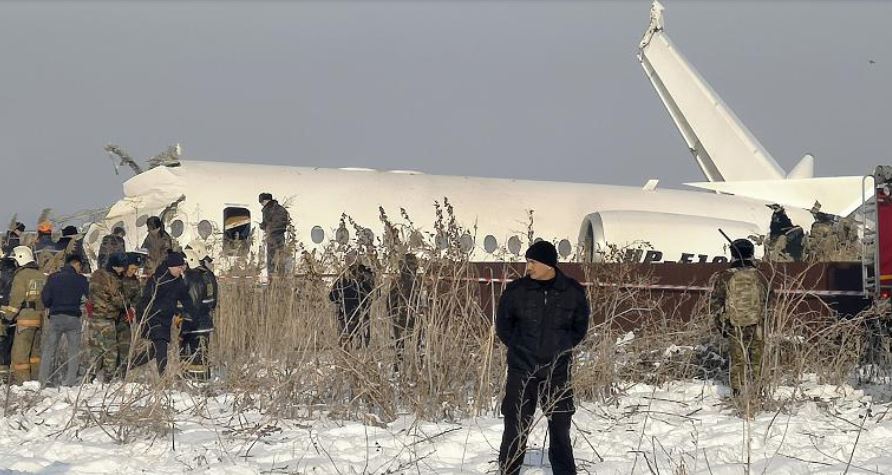 A plane carrying almost 100 people has crashed near Almaty airport, in Kazakhstan, killing at least 15 people.

On Friday morning Almaty airport said there were survivors and emergency workers were on site. Footage from the scene of the accident appeared to show the Fokker 100 plane had collided with a building.

The plane, flight number Z92100, was carrying 93 passengers and five crew. Emergency services combed through the rubble in the immediate aftermath of the crash.

The crash site in Almerek village – just beyond the end of the runway – was cordoned off.

“The plane was flying with a tilt. Everything was like in a movie: screaming, shouting, people crying,” she said.

Another survivor, Aslan Nazaraliyev, a businessman, told the Vremya newspaper the plane started shaking while gaining altitude about two minutes after takeoff.

“At some point we started falling, not vertically, but at an angle. It seemed like control over the plane was lost,” he said.

President Kassym-Jomart Tokayev pledged to provide families of the victims with compensation and tweeted that those responsible “will be severely punished in accordance with the law.”

Tokayev also said that a government commission had been set up to investigate the circumstances surrounding the tragedy.