I Was A Labourer 20 Years Ago - Nigerian Senator, Abbo Reveals


Nigerian senator, Elisha Abbo has revealed that he was only just a labourer some 20 years ago. 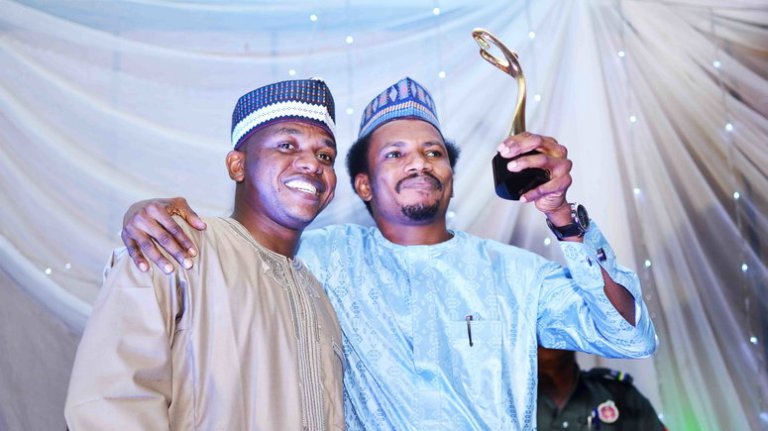 Senator Elisha Abbo, representing Adamawa North Senatorial District in Adamawa State at the Nigerian 9th National Assembly, said he was a labourer with a construction company in Damaturu 20 years ago, PM News reports.

Abbo, who was honoured with the “Beacon of Hope” award at the 4th edition of the Adamawa Celebrities and Achievers Awards (ACAA) on Saturday, reflected on his journey from grass to grace via his facebook page.

Abbo also narrated how he was honoured at the event organised to honour the Senate President, Ahmed Lawan in Damaturu, Yobe State.

The Senator wrote: “About 20 years ago, I was a LABOURER with a company called MOTHER CAT in Potiskum, Yobe state. Today I arrived Yobe state as a Senator of the Federal Republic of Nigeria.

“I was Invited to Damaturu, Yobe State Capital for an Occasion in honor of the President of the Senate and the Minister for Works and Housing (State).

“I was surprisingly invited to the stage to receive a gift by the Yobe State Governor HE Mai Mala Buni. I was skeptical knowing fully well that I nominated the person opposing their son for the seat of the SP.

“On getting to the stage, I decided to share a little secret with the Governor and I told the Policeman to take away the Microphone so that the secret won’t leak out.

“My attempt of waving at them to appreciate them turned the hall into a frenzy. Laugher everywhere.

“It is good know that people appreciate my little contributions.

“If you’re a LABOURER today, know that you can become the Governor tomorrow. Don’t give up!!!.”