Deji Adeyanju Breaks Silence, Reveals Those Responsible For His Attack


Adeyanju was brutally assaulted by thugs while protesting the continued detention of #RevolutionNow activist, Omoyele Sowore. 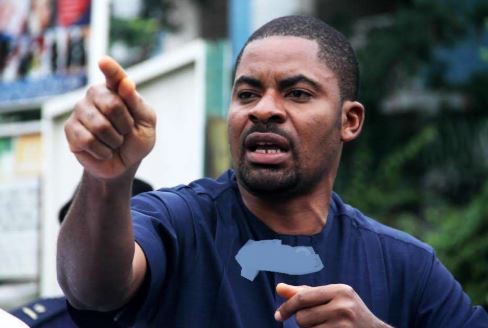 Activist, Deji Adeyanju, has accused the State Security Services, SSS, of being behind the attack he suffered in the hands of thugs last week during a protest in Abuja.

DAILY POST learnt that Adeyanju was beaten to a pulp by some thugs during a protest at the Human Rights Commission. They were demanding the immediate release of the Convener of ‘ RevolutionNow’, Omoyele Sowore.

He was later flown overseas for medical treatment.

In a terse statement on Sunday morning, the activist said “The SSS behind my attack.

“After they failed with their gun point bribing strategy, they decided to finish me up by contracting thugs and miscreants.

“They contracted one Ali from Kano who sub contracted the tout that led the thugs who attacked me.

“They hired same people to protest at Sowore’s court and had planned same attack on Sowore if his rearrest was unsuccessful.

“The leadership of this SSS is the worst in the history of Nigeria. That is why ordinary gathering intelligence on prevention of Boko Haram has become a mirage.”