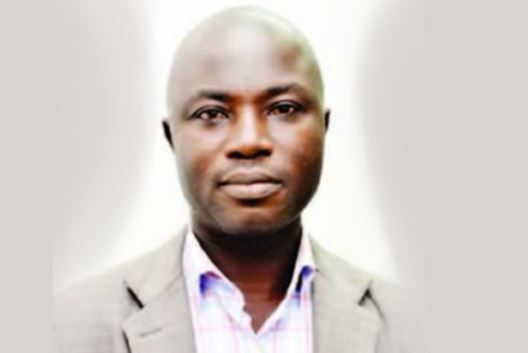 My dearest people, every other good ingredient is allowed inside the dish being prepared for this New Year, but ‘grinded pepper’ is not. Just don’t try it. If at all you need powdery dry pepper, say for asun, suya or any other related delicacy, kindly opt for ground pepper. Not grinded!

As we celebrate the New Year together in this class, this is the right way we are going to bid 2019 ‘Good bye.’ I want many of the fake expressions, like the fake news, to pass away with the year. Remember, we have treated quite a number of them, including ‘potentials’ (Nigeria has a lot of potential (not potentials); ‘upcoming artiste’ (Smoozy is an up-and-coming artiste – not an upcoming artiste); ‘platter of gold’ (Sunday got the job on a silver platter – not platter of gold) etc. In the same vein, note that the acceptable past tense/past participle form of grind is not grinded – but ground.

It is one of the irregular verbs widely wrongly inflected The way many of us mistakenly say, ‘I have swam’, ‘I have ran’ and ‘I have began’ is the way we fall for the grind-grinded option. But please note that the correct expression is ‘ground’:

Ground as a word has verb, noun, adjective and adverb forms. It is such a flexible word.

Simi had grinded the pepper before Dekunle returned. (Wrong)

Simi had ground the pepper before Dekunle returned. (Correct)

I learnt there is traffic jam on Ondo-Ore Road. Indeed, it has grinded to a halt. (Wrong)

I learnt there is traffic jam on Ondo-Ore Road. Indeed, it has ground to a halt. (Correct)

The above suggests that you should also watch idioms in which the verb ‘grind’ is used. One of them, as already exemplified, is ‘grind to a halt’, meaning to stop or no longer work well. If the idiom is presented in the past sense, ‘grind’ simply becomes ‘ground’, not grinded. Also, you can have an axe to grind with someone when you have private reasons for being involved in something or for arguing for a particular cause. In this case, ‘grind’ does not even allow any inflection because of the ‘to’ that precedes it. Remember, ‘to’ normally eliminates the past tense as well as present and past participle. It, however, allows the continuous (ing) form , in which case the verb assumes the status of a gerund.

She wanted to went there. (Wrong)

She wanted to go there. (Correct)

Last year, Chidinma said she had an axe to grinded with Flavour. (Wrong)

Last year, Chidinma said she had an axe to ground with Flavour. (Wrong)

Last year, Chidinma said she had an axe to grind with Flavour. (Correct)

In some cases, especially in the past, ‘grinded’ is/was used by some folks. But formal English favours ‘ground’ even when you are talking in terms of grinding a cutlass or knife.

Mane grinded his way through the Wolves’ defence to give Liverpool the only goal.

Of course, whatever happens in the case of grind-ground applies to some other -ind words. Consider find and bind. Yes, bond changes to bonded, found becomes founded, and sound, sounded, but it is an aberration to add ‘-inded to find and bind:

I was there when they finded the ring. (Wrong)

I was there when they found the ring. (Correct)

The policemen binded the former governor’s hands before they took him away. (Wrong)

The policemen bound the former governor’s hands before they took him away.

Consider the wrong inflection pattern in the following too:

She flinged her scarf down on the bed as soon as she returned from the Christmas party. (Wrong)

Despite the referee’s warning, the keeper still clinged onto the ball. (Wrong)

Are you sure the man has drank the juice? (Wrong)

He winded the handle as soon as he entered. (Wrong)

The team springed a surprise in the last quarter of the game. (Wrong)

Adams has never swimmed in a swimming pool before. (Wrong)

Below are the correct expressions:

She flung her scarf down on the bed as soon as she returned from the Christmas party.

She has flung it on the bed.

Despite the referee’s warning, the keeper still clung onto the ball.

He has clung onto the ball.

Are you sure the man has drunk the juice?

He wound the handle as soon as he entered.

The team sprang a surprise in the last quarter of the game.

The team had sprung a surprise in the last quarter of the game.

Adams has never swum in a swimming pool before.

Adams swam in the swimming pool.

Written for the Punch by Akeem Lasisi