Okorocha Speaks On Rift With Oshiomhole, Dumping Of APC


The immediate past governor of the state spoke while featuring on Channels Television programme Newsnight. 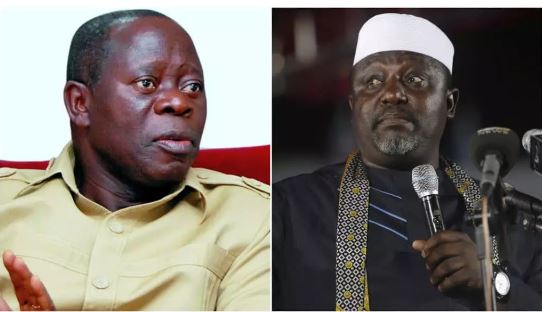 Rochas Okorocha, Imo West Senator has reacted to the alleged rift between him and Adams Oshiomhole, National Chairman of the All Progressives Congress, APC.

Okorocha, who said he was yet to know the cause of the rift, stated that he looked forward to hearing from Oshiomhole.

The immediate past governor of the state spoke while featuring on Channels Television programme Newsnight.

Okorocha, who is the Chairman, Senate Committee on Culture and Tourism, however, maintained that he won’t leave the “APC and if he will, it is not in his immediate plans because the party is more like a family to him.”

He said: “If I was told in my dream that I’ll be treated this way, I’d have said it’s not possible.

“One day, the opportunity may occur that I might hear from Adams what really went wrong because till today I am very much confused as to what went wrong.

“I have tried to make an excuse for him that probably somebody must have gossiped or do something that he believed.

“Or alternatively, it must be a search for political power or relevance or it would have been who he is.

“But whatever happened in APC was still like a dream to me, because APC had no reason to lose Imo state.”