The Rivers State Governor said that his Administration will continue to do what is right for the state. 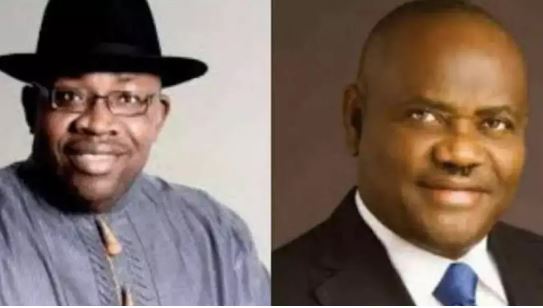 Rivers State Governor, Nyesom Ezenwo Wike, has warned neighbouring states that he will fight to defend his state.

He also declared that he has no anti-Ijaw agenda, emphasising that he was only committed to defending the assets of the state.

But, addressing the Quarterly Meeting of the Rivers State Council of Traditional Rulers on Tuesday, Wike said his actions are in the interest of Rivers people, adding that no one will be allowed to take what belongs to the State.

He said that he will continue to protect the assets of Rivers State, no matter the level of misinformation that opponents of the state sponsor in the media.

“We are defending Rivers ownership of Soku Oil Wells. Soku Oil Wells are situated in Akuku-Toru Local Government Area of Rivers State. I am saying no, we will not allow a neighbouring state take over what belongs to our people.

“We don’t have any anti-Ijaw Agenda. If there is anyone with anti-Ijaw agenda, it is those coming from outside to claim Soku Oil Wells that belong to Rivers State. You want to take what belongs to our state and you want us to fold our hands.

The Rivers State Governor said that his Administration will continue to do what is right for the state.

“We appreciate the cordial relationship and support of the Traditional Rulers. This has helped in the development of the state. We will continue to support the Traditional Institution and do our best to develop the state”, he said.

Chairman of the Rivers State Council of Traditional Rulers and Amayanabo of Opobo, King Douglas Dandeson Jaja commended the Rivers State Government for the acquisition of 45 percent of the OML 11.

He also commended the Rivers State Government for winning the ownership of Soku Oil Wells through the Court. He said that the victory would lead to peace in the area.

“It was a year that has shown that Rivers people are prepared to defend their rights, even unto death . We salute the courage of our people and commend the Rivers State Governor for not taking their sacrifices for granted. As soon as you were sworn in, you swung into action, delivering projects.”

In his remarks, the Amanyanabo of Abonnema, King Disrael Bob-Manuel thanked all the Traditional Rulers for supporting the Rivers State Governor because of commitment to the development of the State.

He said: “This was a tough year for us. The Governor has moved round the state and he has reached out to the people. He has always shown commitment to all communities.”