A promising Nigerian man has lost his life in a most tragic way after being accused of stealing. 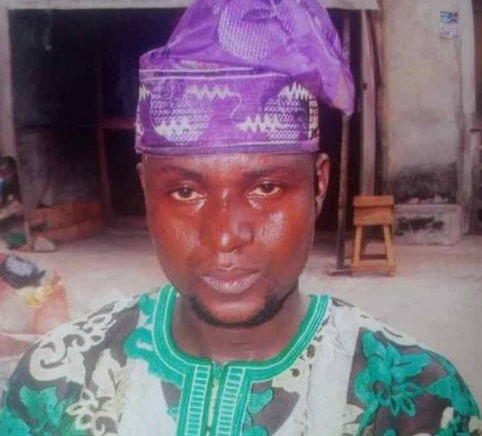 Aanu Olanusimi
A middle-age man in Ondo State, Aanu Olanusimi, has allegedly died in the custody of the Idanre Police Division in the state, according to a report by SaharaReporters.
Olanusimi, a farmer, died in November shortly after being he was accused and arrested for allegedly stealing cocoa from the farm of a local chief, Akinruli, at Irikose in Ago Oni Rice Village, Idanre.
In a petition written to the Assistant Inspector-General of Police in charge of Zone 11, Osogbo, Osun State, through the family’s lawyer, Fidolyn Akindiose, mother of the deceased, Comfort Olanusimi, said that her son was on his farmland when a police officer identified as 'Londo' from the Idanre Division came in company with Chief Akinruli to arrest him.
According to her, upon asking for the offence committed by her son, the police accused him of stealing cocoa seedlings from Akinruli’s farm. Mrs Olanusimi added that her son decided to follow the police personnel and Akinruli on a motorcycle to the police station.
The woman further stated that while she was already set to visit the police station, a motorcyclist came to tell her that her son vomited while being taking away and had been rushed to a hospital in Idanre. She revealed that she was later told again that her son had been transferred to a hospital in Akure, the state capital, but on getting there she found out that he was dead.
She explained that despite the brutal killing of her son, the police had refused to release his corpse to the family for burial.
The petition read in parts, “Up until this moment, the body of our client’s son has not been released to his mother.
“It is our contention that the act of the said Chief Akinruli, his labourer and the investigating police officer known as Londo, constitutes criminal acts to wit false accusation, professional negligence, criminal conspiracy, murder and failure to produce his corpse.
“It is our appeal to the AIG to use his office to take over the case from the homicide section of the state Criminal Investigation Department for further investigation and for the release of Aanu’s corpse so that justice can be done.”
Spokesperson for the police in Ondo, Femi Joseph, revealed that the Commissioner of Police in the state, Adie Undie, has waded into the case. Joseph confirmed that the incident happened at Idanre Police Station and was currently being investigated.  He said, “It is untrue that we are still withholding the corpse of the man.”
Top Stories