Nigeria's Oldest Soldier, World War Veteran Is Dead....Check Out How Old He Was


Nigeria's oldest surviving soldier and war veteran who fought during the World War 2 has died at a ripe old age. 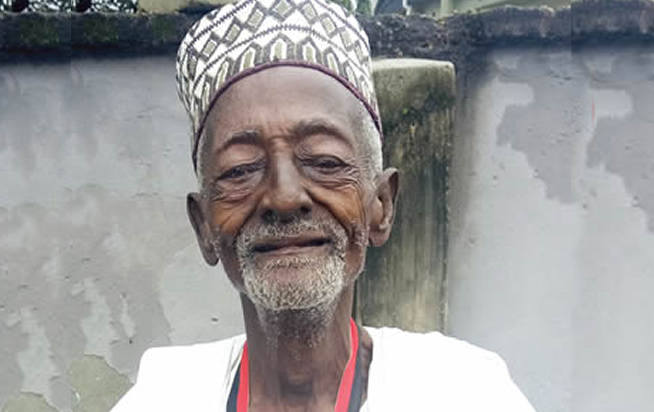 Pa Adama Aduku, the oldest surviving soldier of the Nigerian Army, died on Tuesday at the age of 101.

The army announced the death of the World War 2 veteran on its Twitter handle on Wednesday.

Pa Aduku’s last public appearance was in 2018 at the Nigerian Army Day celebrations in Lagos, where he was presented with an award of excellence by the Vice- President, Prof. Yemi Osinbajo.

Aduku reportedly joined the Nigerian contingent fighting for the British colonial army  in Burma and Egypt during the World War 2.

Aduku’s death was also confirmed by one of his relations on a Whatsapp platform belonging to the Director, Defence Information, Defence Headquarters, on Wednesday morning.

“This gallant soldier could not make it into 2020. We lost him yesterday. Rest in peace, great uncle,” the relation, Nats Odaudu, wrote.

Aduku was born in 1918 in Abejukolo-Ife, in the Omaha Local Government Area of Kogi State and he joined the army in 1945.

Meanwhile, some Nigerians on the social media have reacted to his death, asking the Federal Government to finance his funeral and appreciate the family for his contributions to the country.

“I was hoping to meet him one day and hear his real life accounts of the World War campaigns in Burma and Egypt. I hope someone had taken time to document it. The Nigerian government should take care of his funeral. That is the wish of the people. Give his family a plot of land in his state as an appreciation for his life of service. May his soul rest in peace,” one of them wrote.

Military Officer Breaks Up With Fiancée After Shooting Prewedding Photos, Beats Photographer for Refusing to Refund Him (Photo)
Recent Stories