While the truck used in perpetrating the crime had been impounded, the Police said the suspects would be charged. 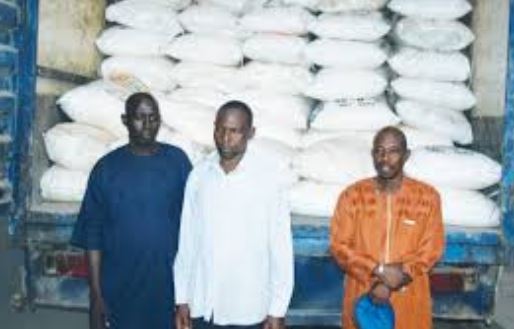 Men of the Lagos State Police Command have arrested three suspects, Banjo Adeleke, James Dalex and Haladu Junaidu, for allegedly breaking into the Iganmu Flour Mill’s warehouse to steal about 300 bags of fertilisers.

The state Police Public Relations Officer, Bala Elkana, said in a statement on Wednesday that the Chief Security Officer of the company informed the police about the missing fertilisers, adding that the security guard of the warehouse was arrested for questioning.

Elkana stated that during follow-up investigation, the stolen fertilisers were traced to a warehouse at the Daleko Market in Mushin, where they were sold to some buyers from Kano at the rate of N4,000 per bag, adding that three persons were arrested in connection with the crime.

While the truck used in perpetrating the crime had been impounded, Elkana said the suspects would be charged.

He stated, “On Tuesday, December 24, 2019, around 4.30pm, the Bode Thomas Police Station received a complaint from the Chief Security Officer, Iganmu Flour Mill, that the firm’s warehouse was broken into by unknown persons and about 300 bags of fertiliser were stolen.

“A team of detectives from the Bode Thomas Police Station and crime scene experts were deployed in the scene. A thorough analysis of the scene revealed a constructive breaking, which suggested that there was insider collaboration.

“The security guard of the warehouse was taken to the station for questioning. The investigation was extended to the Daleko Market, Mushin, where the stolen fertilisers were recovered from a warehouse on Tuesday, December 31, 2019. The fertilisers were sold to some buyers from Kano at the rate of N4,000 per bag, and they were at the point of moving them away when the police stormed the market.

“The Commissioner of Police, Lagos State, Hakeem Odumosu, has directed the State Criminal Investigation and Intelligence Department, Yaba, to take over the case and charge the suspects.”