A mere 5-year-old boy has reportedly died after taking a dewormer in a community in Ebonyi state. 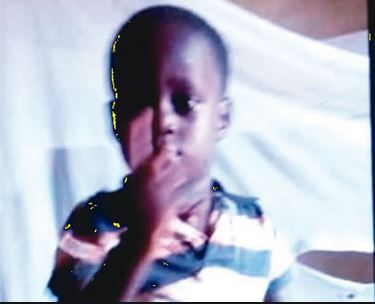 A five-year-old pupil of the Immaculate Heart Conception School, Uwalakande, in the Okpoitumo Autonomous Community, Izzi Local Government Area of Ebonyi State, has reportedly died after taking a dewormer.

The deceased boy’s mother, Mrs Ukamaka Nwome, told Southern City News that her child was healthy before he was given the dewormer, Albendazole, by some workers of the Offia Oji Health Centre.

She added that her son, Jerome, initially rejected the medicine, but following the decision of some of her family members, who wanted him to partake in the vaccination, the tablet was administered to the boy, which led to his death shortly after he ingested the pill.

She added that after the boy ingested the pill, he became unconscious and all efforts to resuscitate him proved abortive.

Nwome stated, “He was quickly rushed to a medical centre, where he was confirmed dead by a medical doctor.

“My son did not complain of any ailment before he took the pill; I regret the manner in which he lost his life.”

The victim’s paternal grandmother, Mrs Mbam Nwite, also blamed those around during the incident for ignoring the boy’s reaction to the pill.

She described the situation as an unpleasant one, but attributed it to fate.

The officer-in-charge of the health centre, Mr Paulinus Ngwuta, said the health workers did not have any hand in the boy’s death as the pill was administered by the victim’s relatives.

He stated that Albendazole, which was meant for the treatment of a neglected tropical disease, was donated by an international non-governmental organisation, the Carter Centre.

According to him, the drug was distributed across the country, adding that the boy initially refused to take it, but eventually did on the insistence of his relatives.

He stressed that after the family members learnt of the child’s refusal, they asked the health workers for the “with the assurance that a friendly approach would be adopted to administer the drug.”

He said based on the plea, the pill was released but shortly after the health workers had gone out of the centre, the boy’s relatives screamed and upon inquiry, it was discovered that he had died following his relatives’ action of forcing him to take the pill.

Ngwuta stated, “After the distributors had gone out of the place, suddenly the boy relatives’ shout attracted their attention and in order to render a helping hand, the child was rushed to our centre, where he was confirmed dead by a doctor.

“The problem should not be associated with the medicine, because such an incident has not been heard about in other parts of the country where it is in use.”

When contacted, the Police Relations Officer in the state, DSP Loveth Odah, said the report of the incident had not reached her office as of the time of filing this report.