The ring bears strong similarities to the ruby ring worn on Soleimani's left hand in other photos. 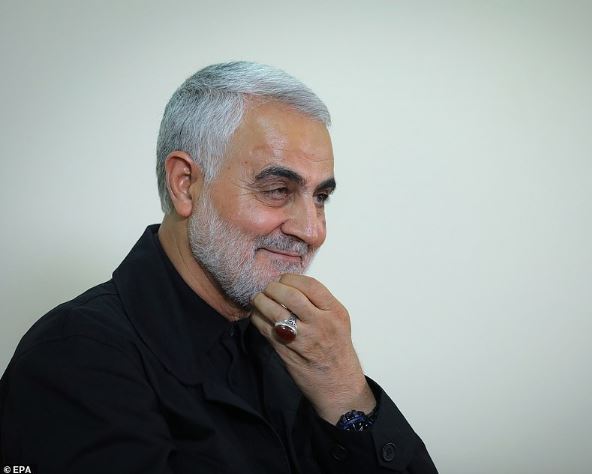 An image which circulated on Iranian media in the aftermath purporting to show Quds commander Qassem Soleimani's hand after the strike in the early hours of Friday.

Two officials from the Iran-backed People's Mobilzation Forces (PMF) said Soleimani's body was torn to pieces in the attack and a senior politician said his body could only be identified by the ring he wore on his left hand. 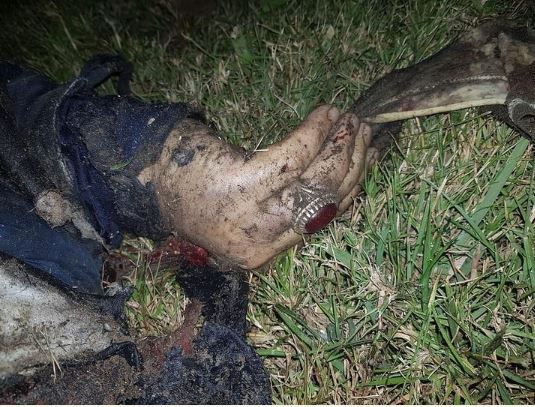 The alleged hand of the assasinated commander

The ring bears strong similarities to the ruby ring worn on Soleimani's left hand in other photos. As the sun rose over Baghdad airport, daylight revealed the twisted remains of one of the vehicles the men had been travelling in. In total, a US drone fired four missiles that struck a convoy of cars, killing the two men and their entourage.

our precision missiles fired from a U.S. drone struck the two cars carrying Soleimani and his entourage, according to U.S. officials.

The cars were struck on an access road near the Baghdad airport in the early hours of Friday. 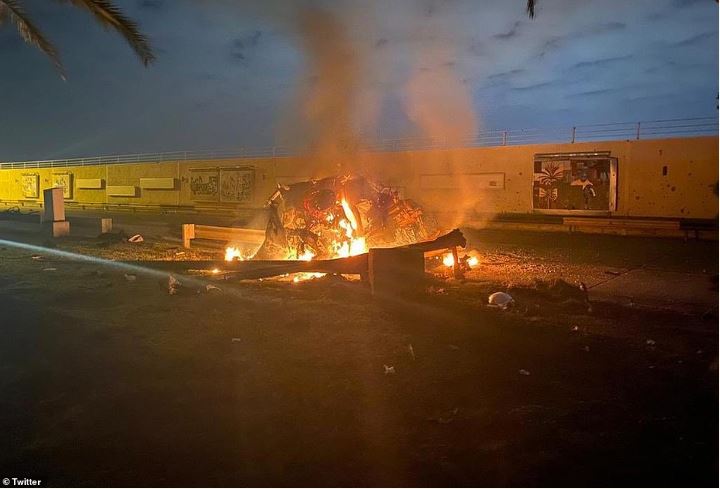 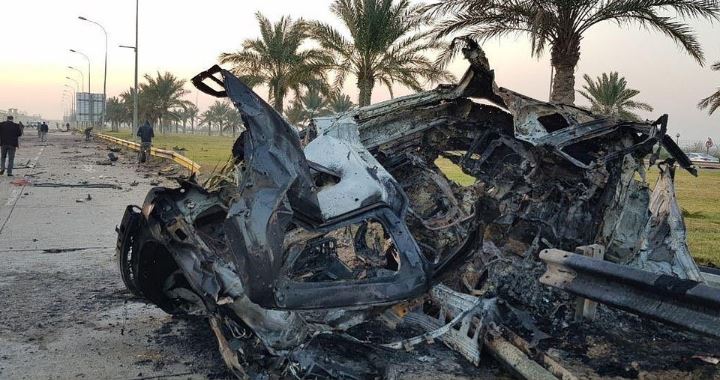 Soleimani had reportedly just arrived to Baghdad on a flight from Syria. Airport logs show a Cham Wings flight arriving from Damascus at 12.34am Friday Baghdad time, but it's unclear whether Soleimani was on that commercial flight or a private charter.