How A Physics Professor Was Killed In Kaduna Gas Explosion


A Nigerian professor has been killed in a horrific gas explosion in a community in Kaduna state. 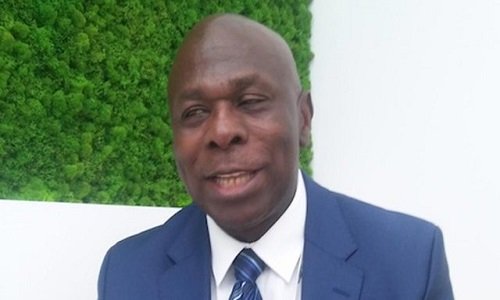 According to a report by The Nation, some facts have emerged on how a gas explosion killed the Chairman of Nigeria Atomic Energy Commission, Prof. Simon Mallam, and five others at Sabon Tasha area of Kaduna metropolis.

The Department of Petroleum Resources (DPR) said the gas vending shop where the explosion occurred was illegal, adding that it used wrong and expired cylinders to do business.

Prof. Mallam, who according to a source close to the family, had just returned from the United States of America on an official tour, was at Sabon Tasha to have a haircut close to the gas shop when the incident happened.

The source said: “Mallam, a professor of physics, just returned a few days ago from the United States. On his return, he went to his village, Kagoro, in Kaura Local Government.

“After he returned from the village for the Yuletide, he went to have a haircut in preparation for the Sunday service and subsequent movement to Abuja.

“We learnt that he had just finished having his haircut when the gas exploded from the next shop to the barbing salon. The professor and three others died instantly. Two others died later.”

An eyewitness, who is a manager of a filling station opposite the gas shop, Mr. Jerry Bishop, told The Nation on the scene of the incident that dismembered bodies of the gas vendor and one customer were thrown metres away.
Read Also: Photos: Scene of Kaduna gas explosion

He said: “I was inside my office when the incident happened. We were lucky that we were not dispensing when the explosion occurred. The casualty might have been more because the bottom of the cylinder that exploded landed inside my filling station.

“The explosion was very loud that it shook me where I was seated. The bodies of the gas vendor, a young boy and his customer scattered several metres away. In fact, some landed in our station.”

The Nation gathered that the explosion occurred due to a phone call received by the customer, who was buying the gas.

The DPR during a visit to the scene on Sunday afternoon declared the gas decanting outlet as illegal, saying the operator used wrong and expired cylinders.

The Zonal Operation Controller, Kaduna Zone of DPR, Isa Tafida, who led officials of the agency during the visit, said that the department was set to dislodge illegal gas facilities and prosecute perpetrators.

Tafida, while condoling with victims of the gas explosion, lamented that the gas retailer operated illegally without even category D licence.

He urged investors, gas plant operators and gas retailers to obtain the required licence that would ensure safe handling of gas to avoid such accidents.

Tafida said: “The DPR Kaduna Zone wishes to extend its sympathy and condolence to the families of the victim, the government and people of Kaduna State over the unfortunate incident of gas explosion that occurred yesterday (Saturday), which recorded loss of lives, injuries of various degrees and loss of belongings.

“The department states from the outcome of the preliminary investigations that: the facility is an illegal gas retailing vendor that engages in illegal storage, decanting and sale of LPG (cooking) and acetylene (industrial gases); that the operator of that illegal facilities are unknown to the department; that the facility is not licensed by DPR.”

He said DPR had carried out trainings, monitoring of LPG outlets and had warned the public not to patronise illegal operators.

Tafida added that such illegal operators had been cautioned to follow the laid down rules and regulation to ensure safe handling of gas, considering its volatility.

“Gas retailers who do not have category ‘D’ licence for retailing LPG are desperate for money because LPG is a new source of money and the public have started understanding that gas cooking is faster and cleaner, but the public need to be aware that it has to be handled with caution.

“Investors should invest in gas business, but they should follow the rules and regulations and do it in line with best practices. Last year, we licensed 38 LPG plants in Kaduna State,” he said.

The deputy governor, in company of Commissioner for Internal Security and Home Affairs, Samuel Aruwan and other government officials also visited victims at the General Hospital, Sabon Tasha; St. Gerald Hospital and Barau Dikko Teaching Hospital in the Kaduna metropolis.

Although some victims have been treated and discharged.

Dr. Balarabe paid a condolence visit to the family of the late Prof. Mallam at his Gonin Gora home.

She prayed for the repose of the souls of the professor and others and sympathised with the bereaved families.

He said: “I sympathise with the Kaduna State Government, the survivors and the bereaved families. I also pray for the repose of the souls of those who died in the explosion.

“I assure them that they are not alone in these trying times of theirs.”

President Muhammadu Buhari has expressed sadness about the death of the victims of the Kaduna gas explosion, including Prof. Mallam.

Reacting to the incident in a statement issued by his Senior Special Assistant on Media and Publicity, Mallam Garba Shehu, President Buhari said: “I am deeply touched by this unfortunate incident that claimed the lives of Prof. Mallam and others.

“The death of the erudite Professor has robbed Nigeria of a great scientist whose services were acutely needed at a time we are increasing emphasis on science and technology for development.

“I extend my heartfelt sympathy to his family and those of other victims of the gas explosion. May God comfort these families and give them the fortitude to bear the loss,” President Buhari added.