The Nigerian navy has begun a manhunt after some gunmen reportedly killed four ratings and abducted foreigners. 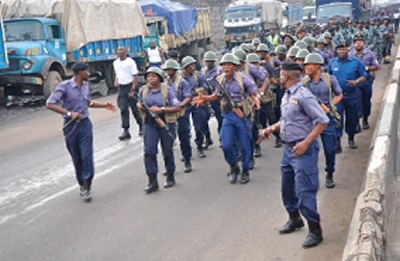 According to The Nation, the Nigerian Navy has commenced manhunt for gunmen, who killed four Naval ratings and abducted two foreigners at Agge coastal areas in Bayelsa State.

It was gathered that the incident occurred when the gunmen seized a dredger escorted by the operatives of the Nigerian Navy Ship (NNS) Delta at the weekend.