The story has been told of the Nigerian soldier who went missing while fighting the dreaded Boko Haram sect. 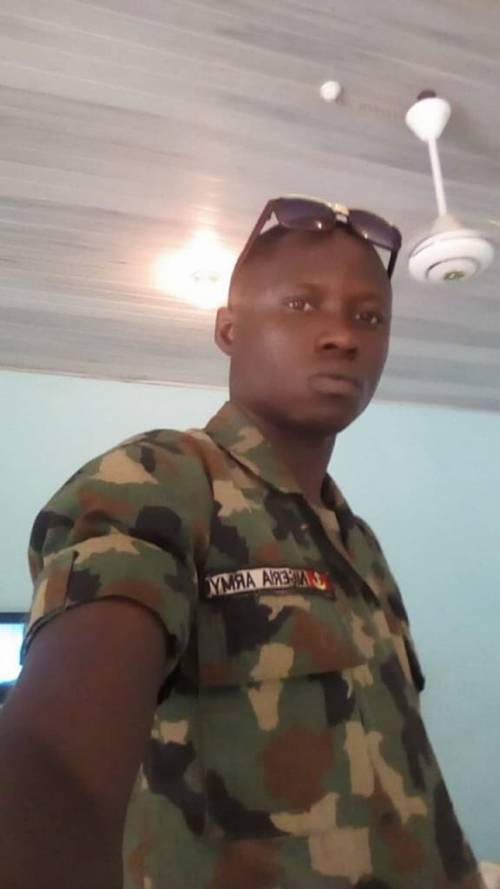 A report by SaharaReporters has shown that the family members of a Nigerian soldier on Boko Haram mission, Musa Abdulazeez Olamilekan, has cried out over his whereabout.

According to family members, Olamilekan had not been heard from for over a year.

The missing soldier was said to be serving in Matele, Borno State, before his family could no longer be able to reach him.

"We would love to draw the attention of Nigerians to this critical situation that has befallen our dear brother, friend and husband who have been missing and out of communication for about a year now," a family member said.

"The wife and siblings are seriously worried over his whereabout as he has never stayed off or cut communications between them prior to his disappearance about a year ago.

"The Nigerian Army has refused to inform his family or next of kin about his location," the source added.

NB: Olamilekan's distraught wife, Sherifat, can be reached on 07036062078 for useful information on whereabout of her husband.