An indecent proposal by Mr. Francis Van-Lare has been won by a pastor's wife identified as Oluwapelumi Wonder. 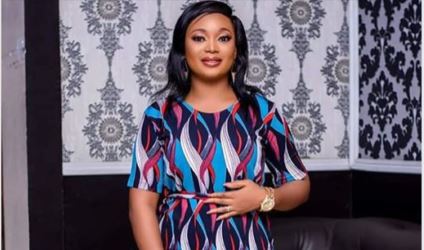 Oluwapelumi Wonder
A woman said to be a pastor's wife, Oluwapelumi Wonder has won the proposal to spend a week with Francis Van-Lare in Italy.
Mr. Francis Van-Lare took to his social media page to make the announcement.
In his new post, he stated that the woman will now spend the week with her own husband instead of him.
Recall that he had stated in the first post he made that he was the one to spend a week with the married woman in Italy, but that seems to have changed now.
The change comes after Nigerians bashed him on social media for putting the option to spend a week with another man's wife which was termed an indecent proposal.
In his first post, he had written in part "If you are married for less than 10 years and you need some spice in your life and willing to spend a week with me in Venice ITALY this summer and we go on a gondola ride together, breakfast for you in bed every morning , spa and massage , Italian fine wine, dancing, shopping etc." 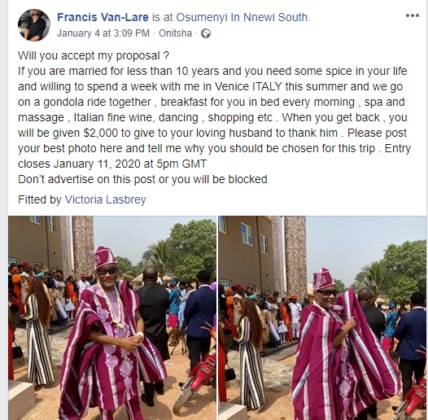 Well, the backlash worked as he has now indicated that instead of spending time with the married woman, he will allow the woman's husband take his rightful place.
He wrote:
"The Indecent Proposal . I have to close the thread early as contestants are being bullied . We have a winner . The Pastor’s wife Oluwapelumi Wonder.
I keep telling all of you to think as if there is no box but you will not listen. The husband will be given $2,000 as promised but he must use it to buy a ticket to Venice ITALY and be thought how to spice his wife by my Italian friends who are experts in romance. While there, take her on a gondola ride, give her breakfast in bed, wine and dine her, go dancing, shopping etc and my expectation is that this trip will take their marriage to the next level. 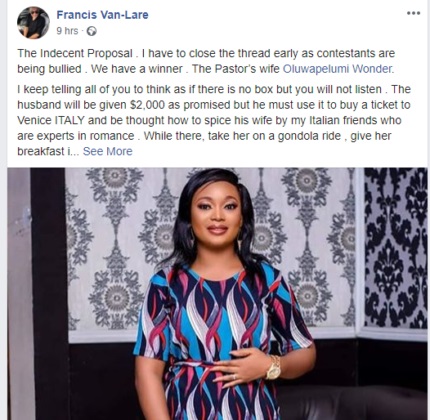 I never said I will do all these for her myself , I said she will get all those spice but did not say by who.
If I had posted a free trip for couples everyone who thinks inside the box will jump in. Oluwapelumi has her own business and happily married and not hungry but she and her husband do not think in the box. To quote her she participated because someone who wants to sleep with a married woman will not post it on facebook so she thought as if there is no box.
Of course I will travel with them and pay all expenses and bring my Cinderella along too. 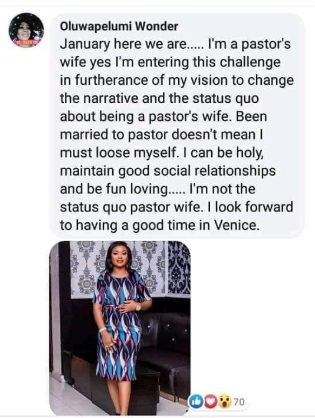