It was reported that Chelsea manager, Frank Lampard, has permitted the club’s board to sign Dembele this window. 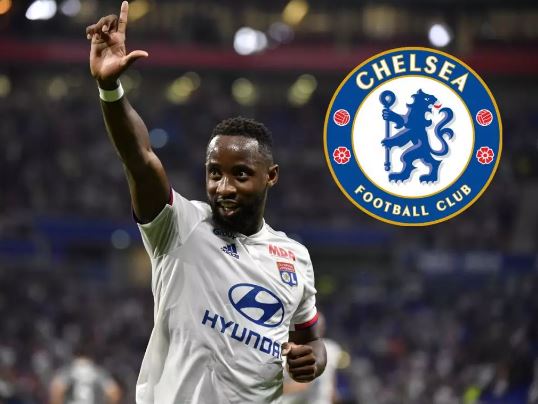 Lyon striker, Moussa Dembele has reportedly agreed on personal terms with Chelsea to move to Stamford Bridge in this January’s transfer window.

This claim was made by respected football expert, Ian McGarry.

“My information is that Chelsea have fairly agreed a contract, verbally that is, with Dembele and his representatives in terms of the player’s wages, bonuses etc, and that it remains for the club to agree the fee, fee structure and/or any add ons etc with Jean Michel-Aulas of Lyon,” McGarry told the Transfer Window Podcast.

“So I think they are ahead in this but Manchester United need goals, almost everyone in the Premier League needs to buy goals in January, that seems to be the trend always every time this window opens, that everyone is looking for a striker.”

It was reported that Chelsea manager, Frank Lampard, has permitted the club’s board to sign Dembele this window.

The Blues are set to offer striker, Olivier Giroud and cash to Lille in a bid to sign Dembele this month.

Lyon President Jean-Michel Aulas said this week that Dembele was not for sale this month.

“Moussa Dembele will not leave because he wants to stay to win something with Lyon,” Aulas told reporters.

“There have been offers for him and for other players but none of those that we want to keep will leave in January.”