Man Allegedly Resurrects After Being Dead For Over 8 Hours


A Twitter user shares his experience on how God spared his life 8 hours after he was pronounced dead. 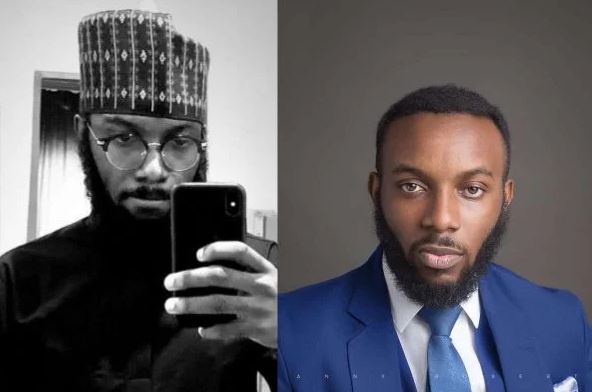 A Nigerian MC took to Twitter to narrate how he resurrected at UBTH, 8 hours after he was declared dead by doctors.

Taking to the popular social media platform, @Sirkastiq, narrated a long chain of events telling how he died once and also drowned once.

The MC who clearly believes God spared his life for a reason, wrote about how he slumped while in school, only to end up being declared dead by doctor 8 days after.

The doctors then proceeded on a strike, after which he resurrected without medical help in the ward. His struggles didn’t end there as he had to fight for his life, and went into coma for three months before fully recovering.

Read his full story below;

I died once (with a death cert. to show for it) and drowned once (and then revived at one Lagos beach)

I had just returned from dance practice (I was a member of FLAMES dance group in Uniben then). It was a Friday night, got back to my room feeling feverish.

I managed to get through the night and early the next morning, decided to go to ‘town’ (Ikpoba hill) to my friend’s place so they could look after me, as I stayed alone in school. I got to their gate, knocked and slumped.

All information from this point is as I was told, as I was unconscious though it all.

I was hurriedly rushed to a hospital around where I was somewhat revived but it was recommended I be moved to UBTH for proper treatment.

I was driven to UBTH but started foaming at the mouth on the way, got there and was immediately admitted. My parents in Lagos were informed and they journeyed down.

I was unconscious for 8 days and placed on oxygen.

All this while, they weren’t sure what the problem was. “It seems like a fever, but we are running tests”, they told my mum.

She never left my bedside.

Neither did my dad, but he often had to go buy stuff. (I digress)

Oh my brother @IAmSteveHarris was there as well.

Sometime on the 8th day, it was announced that UBTH doctors were proceeding on a strike. Great, right? People were advised to come remove their wards from the wards. 😁

It was on this day I stopped breathing.

Yes, even with the oxygen.

My mum and dad were called to the doctors office and were told the news. I was moved to a metal table something and placed in a body bag.

My fellowship members who had been earnestly praying and hanging around me were dispersed. (I heard they never stopped praying sha)

8 hours of being dead on the slab, the doctor had given my parents the certificate and advised they move my body. They decided to move me to Lagos.

And the doctor proceeded to go on his vacation, sorry strike.

But guess who decided to start wriggling in the body bag? Yes me. It was me.

My mum screamed and called out for nurses. With no doctors around, my fellowship pastor (final year medicine at the time) rallied around and they were able to get a camp gas canister with oxygen

No doctors. No nurses. I had to be moved.

One of the hospital staff kindly gave him (my pastor) some injection thing and the canister and he volunteered to accompany my ‘body’ to Lagos.

By doing this, he put his medical license on the line as if anything went wrong… But I mean, what’s the worst that could happen, that hadn’t already?

Journey to Lagos from benin was 4 hours back in those days. The oxygen would last only 4 hours. Not sure what the injection was but maybe some shock stuff.

It was a station wagon. My mum was in front and I lay in the back with the student doctor, his injection and my oxygen.

I can’t imagine what my mum was feeling. My dad and brother rode in another car.

Thats right! The oxygen finished and I stopped breathing. Even the injections did nothing! The car finally got to the hospital (Havana hospital) and guess what?

Apparently, I started gasping for air again. Just. As the car pulled up at the hospital.

I was rushed in and I spent the next 3 months there in a coma. Alive but in a coma

My head was drilled through to get something from my spinal cord for test or some shit. I remember cos I have a scar to remind me. Lol

When I recovered, I couldn’t walk and had to have walking sessions. My skin was popping though, what? And I added some weight. Nice, fresh vitamin supply via drip.

I had been exerting a lot of energy, preparing for exams, attending my dancing classes etc, and apparently my brain was strained – oh there was also the little issue of not eating often

The doctors called it an interesting name. I’ll abbreviate as VE. They were also scared though I had recovered.

Because those who recover from this suffer some form of paralysis – either go blind, deaf or get crippled.

Safe to say, I emerged pretty much whole. (Well, some days I think I’ve lost my mind but that’s up for debate)

My mum has that certificate to remind her that God kept me. I have the scar to show for it. Whatever His reason, I’m still here guys. I may no longer have 9 lives but it’s like 7 now. 😂😂😂
We move!