A family has kicked after a mere 10-year-old boy, who was rejected at Abubakar Tafawa Balewa University Teaching Hospital, died. 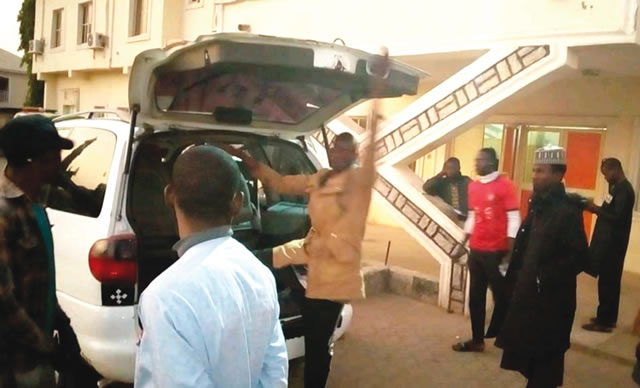 Victims brought in by sympathisers

According to a report by Punch Metro, the family of a 10-year-old boy, Ismail Ibrahim, has berated the management of the Abubakar Tafawa Balewa University Teaching Hospital, Bauchi, following the refusal of a doctor to attend to the minor, who was knocked down by a car at the Buzaye village along the Bauchi-Jos Road.

Speaking in an interview with Northern City News at the hospital, an uncle to the deceased, Nafiyu Haladu-Buzaye, said, “There was a fatal crash, which led to the loss of a life and properties.

“When the accident happened, we called the Federal Road Safety Corps officials, who were stationed in Buzaye, and they rushed to the scene and together, we took the victims to the Abubakar Tafawa Balewa University Teaching Hospital in Bauchi for treatment.

“They got there before me, since I also took some of the injured victims in my car, and when I got there, I discovered that the victims were still inside the car. I met the FRSC officials telling the doctor that they had brought a patient, but he didn’t listen to them.

“The doctor told us that he didn’t care if the boy died. We were there pleading with them to accept the boy when he died there in the car.”

Another eyewitness, Nasiru Chigili, described the doctor’s action and utterances as “inhuman.”

He said, “It was as a result of the refusal to accept the injured that led to that boy’s death. They were there for exactly 40 minutes but the doctor refused to accept them; what kind of wickedness is that?”

He called on the Federal Ministry of Health to set up a panel to investigate the matter and punish those found culpable.

When contacted, the Chief Medical Director of the hospital, Dr Alkali Mohammed, confirmed to our correspondent in a telephone interview that he received a report about the incident.

He said he had since constituted a committee to investigate the allegations against the doctor in question.

Mohammed assured members of the public that appropriate sanctions would be meted out to anyone found culpable if a case of negligence was established in line with the code of conduct of the medical profession.

Mohammed, said, “You will recall that I have given a standing directive that on no condition must a patient be turned back by medical personnel in the hospital without offering at least first aid in order to save the life of the victim; get him or her stabilised before sending them to another facility; ours is to save life.”