A former President of Nigeria, Chief Olusegun Obasanjo has paid a visit on the Ogun State Governor, Dapo Abiodun. 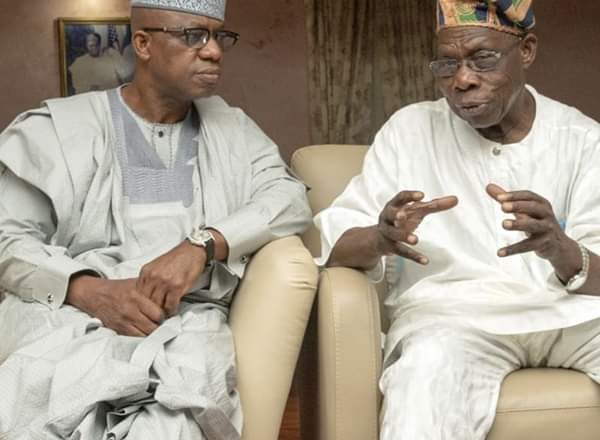 The former president was spotted at Abiodun’s Oke-Mosan office in Abeokuta, Ogun State.

The former president told newsmen that he came to greet the governor and wished him a Happy New Year.

According to him, “I have come to say happy New Year to the Governor. I have not been here since he (Abiodun) got here as the Governor, so, I came to welcome him to the seat.

“I also raised a few issues that I believe would be to the development of Ogun State in the area of education, agriculture, rural development, and other wonderful issues. We had a wonderful discussion,” Obasanjo said in a report by Vanguard.

He said he had visited the governor to rub minds with him on how to move the state forward to greater heights.