The officials of the Nigeria Air Force have foiled an ambush by very dangerous bandits in Kaduna. 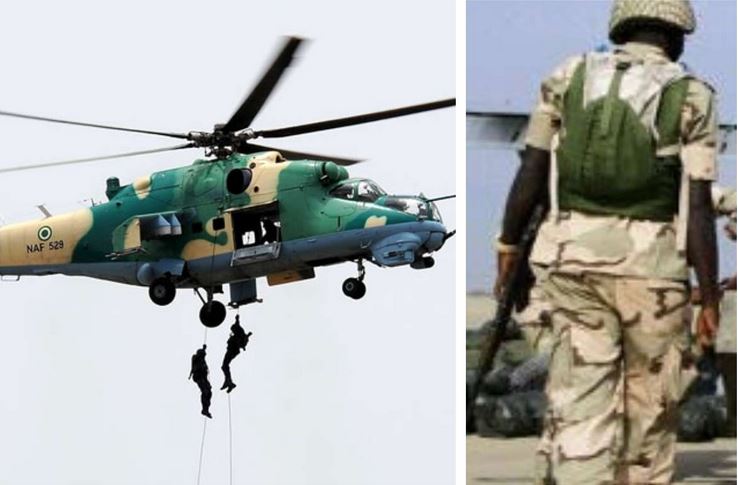 This was contained in a statement issued on Friday in Abuja by Air Commodore Ibikunle Daramola, NAF Director of Public Relations and Information.

Daramola said the gallant troops were able to disperse the over 70 bandits who had laid an ambush, killing several in the process.

“Unfortunately, one NAF personnel paid the supreme price in the process while some sustained varying degrees of injury.

“The deceased airman, Aircraftman Mukhtar Ibrahim, is scheduled to be buried today in accordance with Islamic rites while the injured personnel are currently receiving treatment at the NAF Hospital in Kaduna,” he said.

Daramola said the Chief of Air Staff (CAS), Air Marshal Sadique Abubakar, on behalf of all officers, airmen, airwomen and civilian staff of the NAF, commiserates with the family of the fallen hero.

“Abubakar prays that the Almighty grants his soul peaceful repose,’’ the NAF director of public relations and information said.

The CAS, Daramola said, has urged all NAF personnel to remain resolute and continue to work assiduously in synergy with sister services and other security agencies, to rid the North West of all criminal elements.