The NFF has explained why it did not play a prominent role in the funeral of late former Super Eagles playerr. 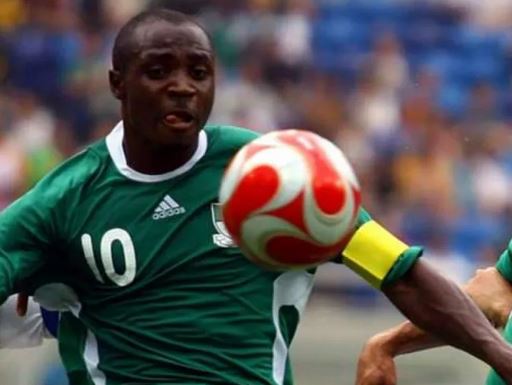 The Nigeria Football Federation, NFF has responded to media reports accusing the body of failing to attend the burial of late international Isaac Promise.

The Olympics silver medalist died in October aged 31 in the United States where he played for Austin Bold.

He was buried on Thursday in the south-eastern town of Umudim, Ohekelem, Imo State.

NFF’s Director of Communications, Ademola Olajire reiterated on Friday that the Federation has always, is presently and will always show concern on issues that affect Nigerian players (active, retired or departed), and has without recourse to noise and grandstanding, doing its part for the immediate family of late Isaac Promise.

“However, some of his siblings outrightly expected the NFF to foot the entire bill of his burial, which we told them was not possible. The NFF offered to foot part of the bill for the burial but from that moment, they were not happy with the Federation.”

“We know what we have done and still ready to do for the immediate family without joining in the debate going on in sections of the media.

“The NFF President has approved a sum of money to be paid to the immediate family and that money will be sent to his wife in the next few days.”