A Ghanaian pastor was caught after he allegedly took an elder's wife to a hotel and tried to sleep with her. 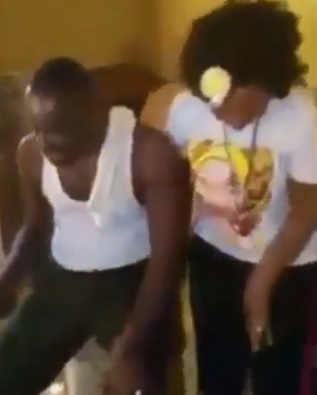 Screenshot from the video

A pastor who allegedly tried sleeping with his church elder's wife got more than he bargained for after being caught in the act.

The Ghanaian pastor who was seemingly ready for action was spotted in the viral video getting uneasy after the elder stormed into his hotel room with some young men.

He was suprised to see them storm in while he had already taken off his shirt and was about taking off his trousers before he was apprehended.

Here is the viral video;