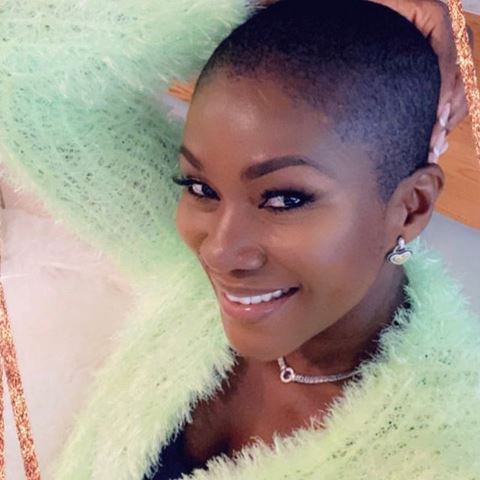 One of Nollywood's most respected actresses, Stephanie Linus is starting off the year 2020 with a different look entirely.

The 37-year-old actress who is also a filmmaker on Monday, debuted her newly shaved head on Instagram.

In her caption, she wrote: "Hey Amazonias, Don’t overthink it. It’s 2020! I just wanted to try something new. It’s been a long time I saw my scalp! Growing my hair afresh... I can’t wait to see the new growth. It’s quite liberating I must say!"

In the video she posted, showing off her new look, Stephanie revealed in her caption that it was her husband, Linus Idahosa who helped shaved her hair.

She wrote: 'Good Morning Amazonians,I know what you are going to say... Again???? My husband had fun cutting my hair.'