Revealed! Iran Set To Punish All Those Responsible For Shooting Down Ukrainian Plane


The Middle Eastern nation of Iran is now ready to punish all those responsible for shooting down the Ukrainian plane. 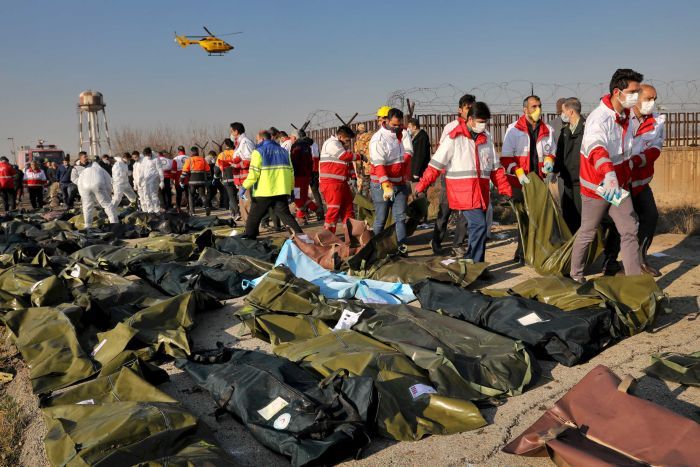 The scene of the plane crash

According to NAN, Iran will punish all those responsible for the accidental shooting down of a Ukrainian passenger plane, President Hassan Rouhani said in a televised speech on Tuesday, adding that the “tragic event” would be investigated thoroughly.

“It was an unforgivable error … one person cannot be solely responsible for the plane crash,” he said.

“Iranian Armed Forces admitting their mistake is a good first step … We should assure people that it will not happen again,” he said, adding that his government was “accountable to Iranian and other nations who lost lives in the plane crash”.

Iran had admitted that it “unintentionally” shot down a Ukrainian passenger jet, killing all 176 people on board.

The military said the jet turned towards a sensitive site belonging to Iran’s Revolutionary Guards and was then mistaken for a cruise missile.

Iran had previously rejected suggestions that it was to blame.

The downing of the Ukraine International Airlines flight PS752 on Wednesday came just hours after Iran carried out missile strikes on two airbases housing US forces in Iraq.

The strikes were a response to the killing of senior Iranian commander, Qasem Soleimani, in a U.S. drone strike in Baghdad on Jan. 3.